Journalist and TV host Amr Adib denied attacking singer and actor Mohamed Ramadan, saying Ramadan was a friend of his.

Ramadan had previously expressed his dissatisfaction with media attacks on him, especially Adib’s, after an explosion inside a filming site led to some injuries. Adib accused Ramadan of causing the injury of the young actor Youssef Omar.

Ramadan published a picture of his injury on his Instagram account and commented, saying: “This is the minor injury which my country’s media completely ignored, including Amr Adib, who opened fire on me for an accusation I am not involved in, that is the injury of Youssef, son of my colleague and my friend Lobna Wanas.” 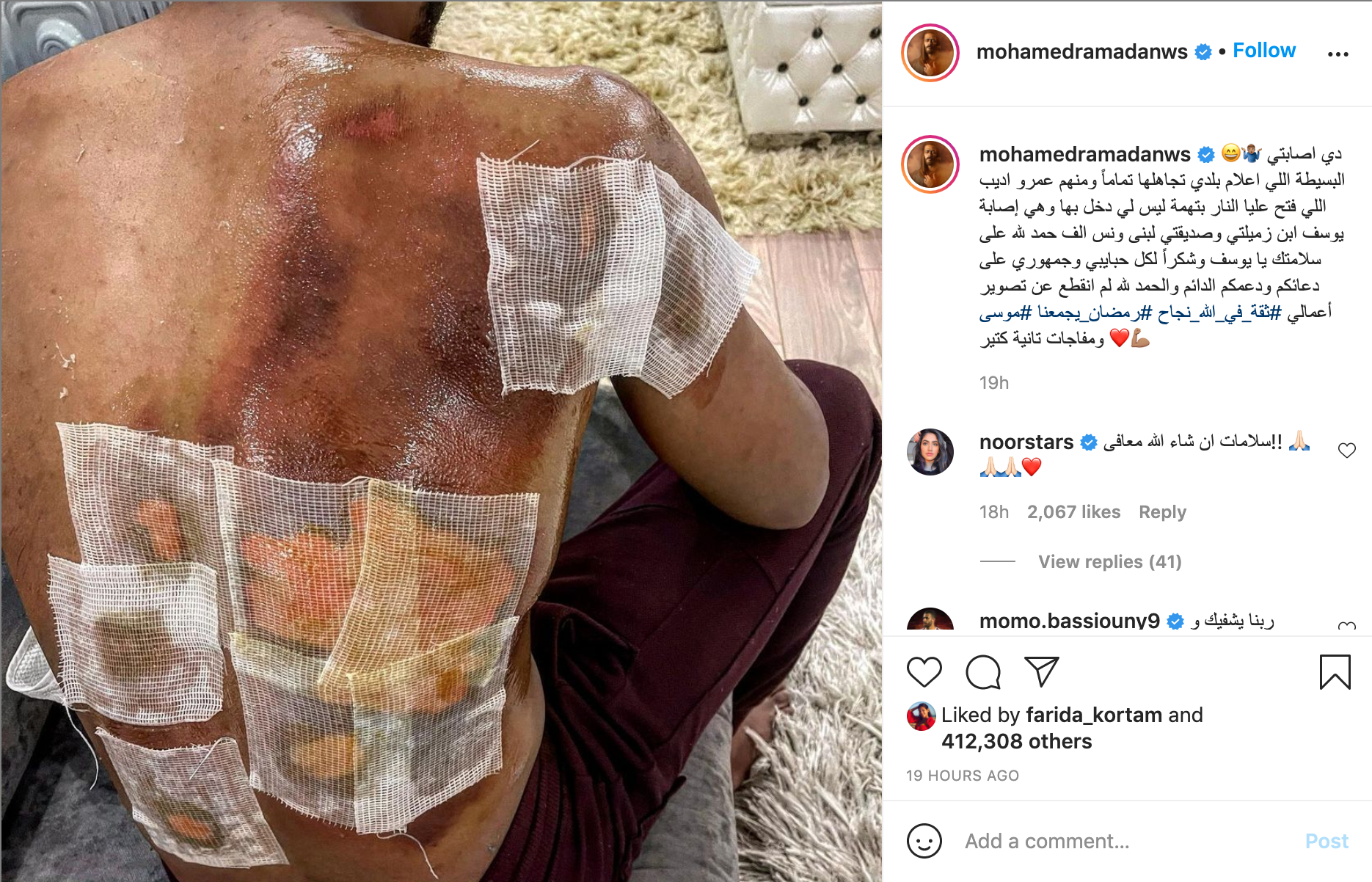 He added: “Thank God for your safety, Youssef, and thank you to all of my beloved ones and fans for your constant prayers and support. Thank God, I have not stopped filming my works. Trust in God leads to success. Ramadan brings us together, Moussa, and many other surprises.”