Facebook Twitter LinkedIn
Apple Inc won a deal with pop star Taylor Swift to exclusively release a concert video of her recent world tour through its music streaming service, Apple Music, the company and singer said on Sunday.
Swift, who celebrated her 26th birthday on Sunday, tweeted a trailer for the "1989 World Tour Live" concert video and said: "Thank you so much for all the birthday wishes. I have a little surprise for you." The video will air on December 20.
The singer also tweeted that an interview discussing the video would be broadcast at 9 am PST (1700 GMT) on Monday on Beats 1, Apple's radio station. Apple officials were not immediately available for comment.
"It sounds like a very, very significant win for Apple," said John Jackson, an analyst at market research firm IDC in Boston. "It's on the order of a coup for Apple inasmuch as we all know that Apple is late to this party and the competition is fierce, the market is heavily subscribed with services."
Jackson cited music streaming services Spotify and Songza as examples of such competitors.
Launched in June, Apple Music is Apple's attempt to carry its dominance of digital music through its iTunes store into the era of music streaming.
Chief Executive Tim Cook said in October the music streaming service had netted more than 6.5 million paid users, and that an additional 8.5 million people were participating in a free trial.
Analysts have predicted that Apple's service will find a strong following because of the vast installed base of iTunes users. But few think the iPhone maker will eclipse other music streaming companies. Spotify, founded in 2006, has over 20 million subscribers and over 75 million active users, according to its website.
Swift said in June she would put her hit album "1989" on Apple Music, days after the tech giant bowed to pressure from Swift and some independent music groups and labels and agreed to pay artists during the free trial period for its music service.
Swift's decision came after she pulled her entire catalog of music from Spotify in November 2014 and refused to offer "1989" on streaming services, saying the business had shrunk the numbers of paid album sales drastically.
She is not the only star challenging the streaming services.
British singer Adele's much-anticipated album "25" was withheld from streaming on digital music services, including Spotify, Apple Music and Deezer.
Tags
Apple Apple Music Taylor Swift Video 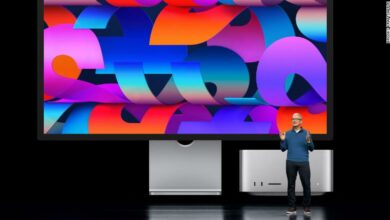 Video: Palestinian kids lined up for photo in Israeli raid