An assault on a convoy traveling through the north of Burkina Faso killed 47 people on Wednesday, the government of the western African country reported.

Among the dead were 30 civilians, 14 soldiers, and 3 militia volunteers. The attack took place around 25 kilometers (15 miles) from the village of Gorgadji, according to the communications ministry.

The government said that security forces killed 58 suspected Jihadist “terrorists” during the attack. The rest of the attackers ran away. The soldiers had been “guarding civilians setting off for Arbinda,” another town in the north of the country.

Islamists suspected to be behind attacks

No group has yet claimed responsibility for the attack, but al-Qaida and Islamic State are known to be active in the Sahel region, especially in the so-called “three-border” area where Burkina Faso meets Niger and Mali — close to the location of Wednesday’s violence. 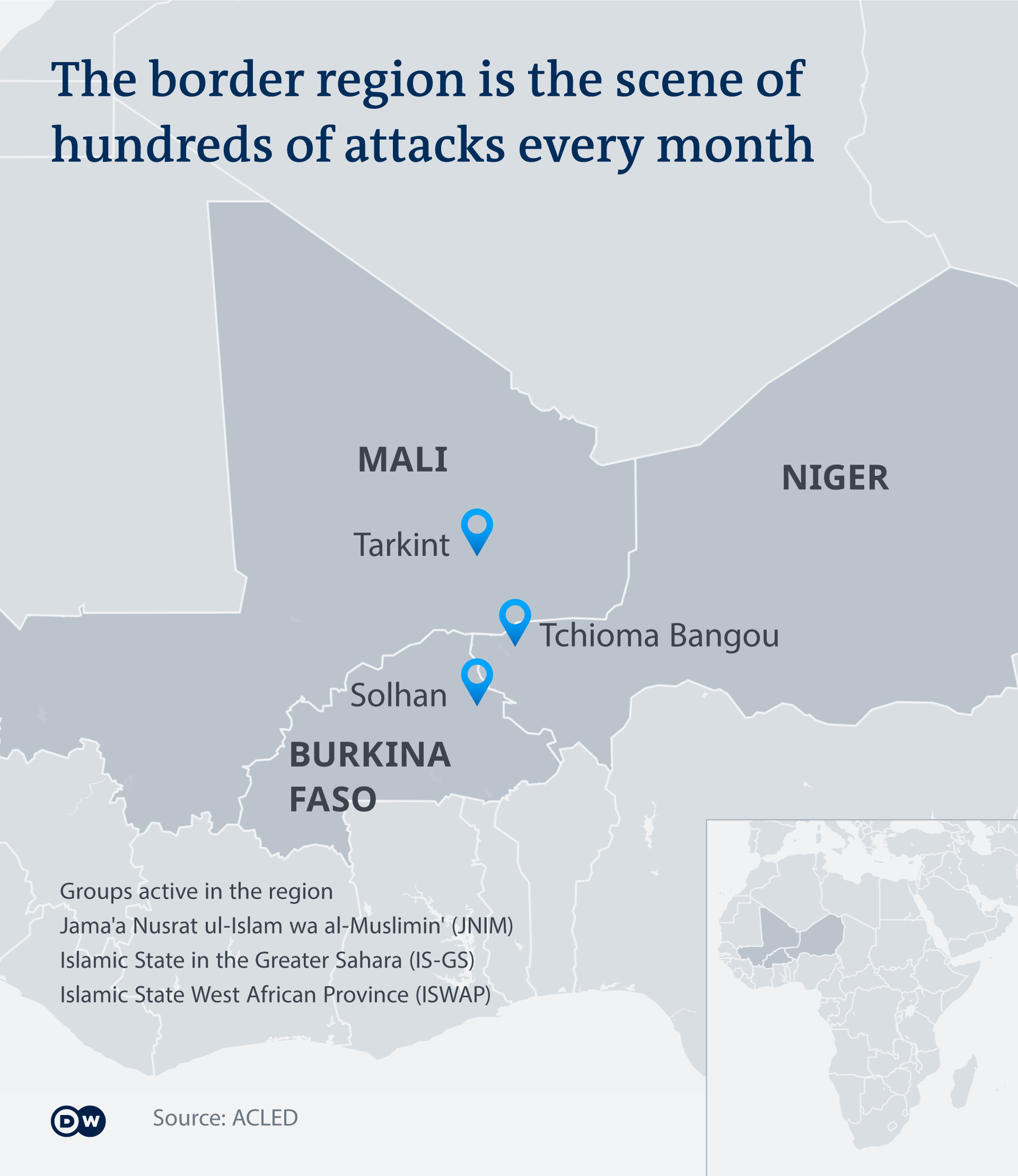 The arid, sub-Saharan region has been plagued by Islamist violence in recent years

Militants have carried out several other deadly attacks in recent weeks, including one on August 4 in which 30 people, including 11 civilians, were killed.

The ongoing violence has left thousands dead and has displaced 1.3 million people. Locals are afraid of an increase in attacks. “The populations of Gorgadji and Arbinda are shocked and concerned about the escalation of terrorist (attacks) against civilians in the region,” Ibrahim Kagone, a local journalist, told AP.

Burkina Faso is a poor country in sub-Saharan Africa. Its ill-trained and poorly equipped security forces have been unable to stem the extremist violence that has been growing in the country since 2015.

In response, President Roch Marc Christian Kabore dismissed the ministers of defense and security, making himself the new minister of defense.

At the same time, the militants have proven their ability to strike civilian targets even under military escort. “This shows the level of information they have on the locations of security forces and transit routes they are going to use,” Rida Lyammouri from the Morocco-based Policy Center for the New South told AP.