Much of Shorouk Ilhamy’s first story collection, “Sahat al-Entezar” (The Waiting Lounge), seems to be about despair, disappointment and injustice. But a shimmer of hope also permeates from some of the stories. The abrupt endings of many can be disappointing to readers — Ilhamy carefully builds excitement and expectations from the opening through the climax in what happens to be mostly two-page-long narratives, snippets of experiences she has either seen or undergone, before ending them suddenly. Still, for a first attempt at short-story writing, “The Waiting Lounge” is promising.

Different voices are heard throughout the collection and the many narrators and protagonists are quite familiar, although sometimes cliché. This familiarity seems purposeful; Ilhamy presents a kind of “everyman.”

In “Alwan” (Colors), we are met with an unnamed protagonist: a young man, with no distinguishable characteristics, who leads a life that does not meet his expectations. In the beginning of the story, he identifies the color red on his T-shirt, but that is the only color he can see. Everything else appears in shades of grey. Only, in the end does he see the colors of an infant. Surprisingly, although the child’s colors would normally represent innocence, they hurt the protagonist’s eyes.

This sense of despair continues with “Agouz fee al-Eshreen” (An Elderly in His Twenties). The story opens with the protagonist gazing in the mirror, crying, speaking out loud, captivating readers. Eventually we realize it is a woman, presented in the most stereotypical way, awaiting prince charming to come save her from her void life. Although the character comes off a bit naïve, the writer does present an element of critique.

The protagonist of the titular story also seems quite naïve. The female narrator tells us about her encounter with another woman who makes her rethink her life, at least that is what the story is meant to indicate. But the way the protagonist decides to “help” this other woman is illogical, equally shallow and detached from reality.

Perhaps “Darragah” (Bike) is one of the more interesting stories in the collection, despite its simple storyline centered around an encounter between a young man and a woman he likes who wants to take his bike for a ride. The story is not really about the bike, but about the anxiousness and insecurity that people feel when trying to talk to a stranger, and the image that Ilhamy presents of the young female woman defies stereotypes.

Like in “Bike,” the author explores human relations in “Hagez Dakhm” (A Huge Barrier). The story is about a hopeless lover who falls for his older cousin. Ilhamy manages to stir readers’ curiosity about the supposed “barrier,” yet she does not challenge traditional views of love and marriage in Egypt. “Hob Modammer” (“Destructive Love”) also takes a similar turn, with a woman who discovers her husband’s infidelity blaming the “seductive” mistress.

Trying to tackle more directly current social and political affairs in Egypt, Ilhamy presents three stories. “Ringing Tones” (Rannat) takes place in the women’s car of Cairo’s metro and is meant to reflect on sectarian tensions. Readers immediately identify with the way women are shown watching one another, and they sense the tension and rivalry. Yet, perhaps due to the moralistic goal of the story, it comes off as immature and a bit didactic.

“Eid” (Feast) is one of the more inspiring short stories in the collection. Centered around a woman who is harassed at work, she retreats to her home. “Feast” is about social suppression and Ilhamy carefully constructs her character, presenting conflict and fear that the woman defies to surprise readers at the end. The other story built on current events is “Qitar” (Train), in which two characters present conflicting views of the revolution.

Although some stories are more interesting with tighter plots than the rest of the collection, “The Waiting Lounge” is a good first attempt by Ilhamy. The author presents sincere characters and focuses on their emotions and psychological entanglements, making them relatable to readers. 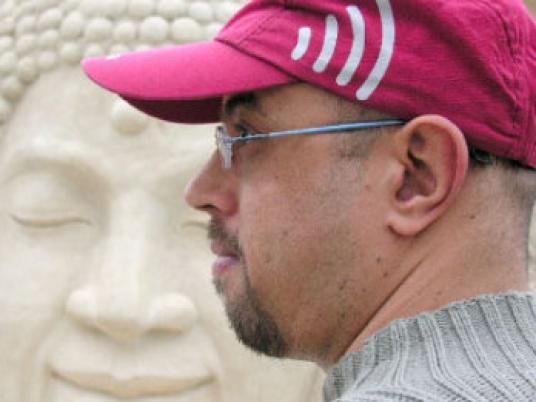 Style is the honor of writing: A chat with Mustafa Zikri Egypt’s ‘Poet of the Short Story’ dies at 75

Omar Taher changes his tone in ‘The Qasr al-Aini Ambush’