An Egyptian court on Thursday postponed the trial of eight leftist activists who were protesting in Cairo in solidarity with Coptic Christians following an Alexandria church attack on New Year’s Eve which left 23 killed, a judicial source said.

The activists belong to the Socialist Renewal Current, a small leftist group which was established last year.

They were arrested on Sunday while they were demonstrating in Cairo’s Christian-dominated Shubra neighborhood to call for equal treatment of the Christian minority.

The defendants were charged with rioting, disturbing the peace, and vandalizing public property. 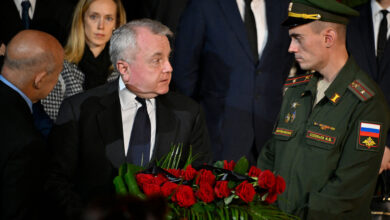 Top US diplomat in Moscow leaves post, will retire