In Egypt, dozens of desalination plants are already used by tourism resorts with limited access to water and the industrial sector. Despite currently making up less than one percent of Egypt's total water production, experts say desalinated water should be a vital component to Egypt's future water security.

Egypt relies mainly on water from the Nile to support its population, but experts warn that factors like growing population, economic development in Egypt and the Nile Basin countries, increased pollution and climate change are likely to drastically reduce Nile resources.

With increasing pressure from upstream countries to change the water sharing treaty that provides Egypt with the bulk of water usage rights, the government is already looking to alternative sources of water, including recycled water, non-renewable groundwater reservoirs and desalination.

Water desalination plants have long been utilized by tourist resorts in the Red Sea, where little fresh water is available. More recently, desalination plants have sprung up in the North Coast catering to resorts and industries. Over 40 percent of Egypt's desalinated water is used by the tourism sector, and roughly 20 percent is utilized by the industrial sector, according to a 2010 report by the Center for Future Studies (CSF), a think-tank at the Cabinet's Information Decision Support Center.

In Egypt, most desalination plants rely on a technology called reverse osmosis to produce potable water or a second process known as multi-stage flash distillation. In reverse osmosis, seawater is pressurized and put through a series of membranes which remove the minerals dissolved in the water. In multi-stage flash distillation, plants boil the seawater and collect the steam as potable water, or water fit for municipal uses.

Though the energy demands of these processes previously kept costs high, new technology is quickly reducing the price tag.  According to the Ministry of Water Resources and Irrigation, it costs between LE4.50 to LE9 per unit of desalinated water, higher than the global average.

“The energy needed to produce the water factors into the expense heavily,” said Salah Rashad, the sales manager for Egypt at Metito, a water management and water desalination company that has been working in Egypt for over two decades.

Costs are higher because instead of relying on large-scale operations, most desalination plants are small-scale, producing water only for surrounding areas. “Before desalinated water was very expensive, but with new technology, the costs should continue to be reduced,” he added.

For desalinated water to be a feasible source of water in Egypt, its costs must be reduced by 20 percent in the short term and 50 percent by 2030, according to a 2010 report by the CFS.

To reduce costs Shakweer says more attention must be paid to manufacturing the technology in country. Presently, all of the equipment is imported from manufacturers abroad.

“We need to try to localize different technology, which would reduce the cost, allow us to enhance the Egyptian industry, and have complete control over water resources [in terms of producing water],” said Shakweer.

Indeed, experts urge the Egyptian government to focus on utilizing renewable energy such as solar or wind power to help reduce the energy costs alongside creating a manufacturing industry.

“Given that both renewable and desalination technology is abundant, and getting cheaper all the time, it has huge potential,” said Reham Mohamed Yousef, an economic researcher at the CFS, adding, “So why not use an abundant energy like solar to help solve a problem like access to water? Solar energy remains a largely untapped technology in Egypt.”

But, there are drawbacks: seawater desalination creates a harmful brine byproduct. Classified as “industrial waste” by the US Environmental Protection Agency, the brine is commonly flushed back into the sea. In large amounts, the brine damages marine life and the surrounding ecosystem.

According to Rashad, it will be important to recycle the byproduct for industrial purposes to reduce overall water consumption and lessen the environmental impact. To negate the risk to sea life, Metito stores the brine in reservoirs, Rashad added. But, future technologies may be able to reduce the amount of byproduct the desalination process produces.

There are no specific regulations monitoring the desalination process, though the plants are subject to the country's environmental laws. As the industry grows, however, Shakweer says, legislation should focus on localizing the technology, development and easing the path for investors. 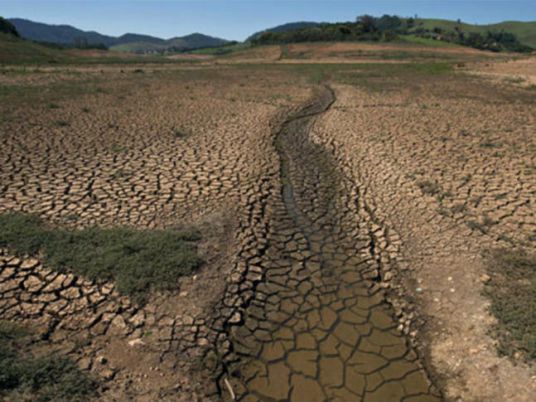 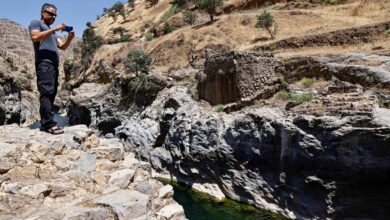 As its rivers shrink, Iraq thirsts for regional cooperation

Egypt is one of the driest countries on the planet, says water minister