Facebook Twitter LinkedIn
The advertiser for The Economist has said that the magazine’s Thursday cover bearing an expressionistic image of Egypt’s New Suez Canal was for limited, not-for-sale editions only.
Robert Bennet, CEO of Quantum Productions, told Al-Masry al-Youm that the cover was in copies distributed exclusively during the Thursday inauguration ceremony attended by President Abdel Fattah al-Sisi and several world politicians.
Copies put up for sale on the market will not bear the cover which featured President Abdel Fattah al-Sisi above the new canal depicted as a Pharaonic Key of Life, Bennet explained, denying rumors that the Egyptian government paid for the cover.
Photos of the cover sparked debate on their authenticity among social networks users, though the magazine had underlined it with a clarification saying the cover was a pre-paid advertisement that would not imply any sort of bias.
Edited translation from Al-Masry Al-Youm
Tags
advertisements magazine Suez canal 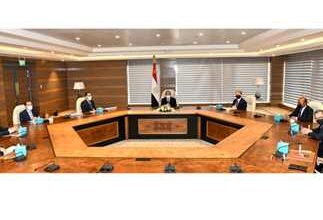