Western embassies tightened security in Sanaa, fearing the cartoons published in a French magazine on Wednesday could lead to more unrest in the Yemeni capital where crowds attacked the US mission last week over an anti-Islam film made in America.

In the latest of a wave of protests against that video in the Islamic world, several thousand Shia Muslims demonstrated in the northern Nigerian town of Zaria, burning an effigy of US President Barack Obama and crying “Death to America.”

The cartoons in France's Charlie Hebdo satirical weekly have provoked relatively little street anger so far, although about 100 Iranians demonstrated outside the French Embassy in Tehran.

In Tunisia, the birthplace of the Arab Spring revolts, the Islamist-led government decreed a ban on protests planned on Friday against the cartoons. Four people died and almost 30 others were wounded last week when protesters incensed by the movie about Prophet Mohamed stormed the US embassy.

An Islamist activist called for attacks in France to avenge the perceived insult to Islam by the "slaves of the cross."

Mu'awiyya al-Qahtani said on a website used by Islamist militants and monitored by the US-based SITE intelligence group: "Is there someone who will roll up his sleeves and bring back to us the glory of the hero Mohamed Merah?"

He was referring to an Al-Qaeda-inspired gunman who killed seven people, including three Jewish children, in the southern French city of Toulouse in March.

Condemning the publication of the cartoons in France as an act verging on incitement, Egypt's Grand Mufti Ali Gomaa said it showed how polarized the West and the Muslim world had become.

Gomaa said the Prophet Mohamed and his companions had endured "the worst insults from the non-believers of his time. Not only was his message routinely rejected, but he was often chased out of town, cursed and physically assaulted on numerous occasions.”

"But his example was always to endure all personal insults and attacks without retaliation of any sort. There is no doubt that, since the Prophet is our greatest example in this life, this should also be the reaction of all Muslims."

His statement echoed one by Al-Azhar, Egypt's prestigious seat of Sunni learning, which condemned the caricatures showing the Prophet naked but said any protest should be peaceful.

An official at the Coptic Orthodox Church in Egypt, whose population of 83 million people is 10 percent Christian, also condemned the cartoons as insults to Islam.

Last week some Egyptian protesters scaled the US embassy walls and tore down the flag. They clashed with police for four days, although most of the thousands of Egyptians who took to the streets did so peacefully.

Gomaa said insults to Islam and the response, including the killing of the US ambassador in Libya and attacks on other Western embassies in the region, could not be dissociated from other points of conflict between the West and the Muslim world.

He cited the treatment of Muslims at the US detention center in Guantanamo, the US-led war in Iraq, drone attacks in Yemen and Pakistan, and the demonization of Muslims by far-right European parties as "underlying factors" for the tensions.

"To then insist on igniting these simmering tensions by publishing hurtful and insulting material in a foolhardy attempt at bravado — asserting the superiority of Western freedoms over alleged Muslim closed-mindedness — verges on incitement," he said in his statement published on the Reuters blog FaithWorld.

After Friday's invasion of the US Embassy in Tunis, the Tunisian Interior Ministry has banned protests against the cartoon planned for Friday "to prevent human and material losses." It warned that a state of emergency was still in force and that law "will be rigorously applied."

The European Union issued a joint appeal, through its foreign policy chief, with the Arab League, African Union and Organization of Islamic Cooperation for "peace and tolerance."

"We condemn any advocacy of religious hatred that constitutes incitement to hostility and violence," the statement said.

"While fully recognizing freedom of expression, we believe in the importance of respecting all prophets, regardless of which religion they belong to."

"The coordinated and continued silence of Western countries towards these hateful anti-Islamic actions is the primary reason for the repetition of such insulting actions," he said.

He was speaking a day after French Foreign Minister Laurent Fabius called the publication of the cartoons a provocation.

The Danish cartoonist who outraged Muslims with a drawing of the Prophet seven years ago said the West could not let itself be muzzled by fear of offending Islamic sensibilities.

Kurt Westergaard, whose lampoon of the Prophet Mohamed in the Jyllands-Posten paper nearly got him killed by an axe-wielding assassin in 2010, told Austrian magazine News he had no regrets about his work and said freedom of speech was too precious to relinquish.

"Should we in future let ourselves be censored by Islamic authorities in deeply undemocratic countries?" he asked.

For many Muslims, any depiction of the Prophet Mohamed is blasphemous.

The furor over the anti-Islam film and the cartoons has presented a tough challenge to new authorities in Arab countries where popular uprisings have overthrown entrenched autocrats.

In Libya, where militias that helped overthrow Muammar Qadhafi still wield much power, the foreign minister offered a further apology for US ambassador Christopher Stevens' death to visiting US Deputy Secretary of State William Burns on Thursday.

Stevens and three other Americans died in an attack on the US consulate in the eastern city of Benghazi by gunmen among a crowd protesting against the film that denigrated the Prophet. 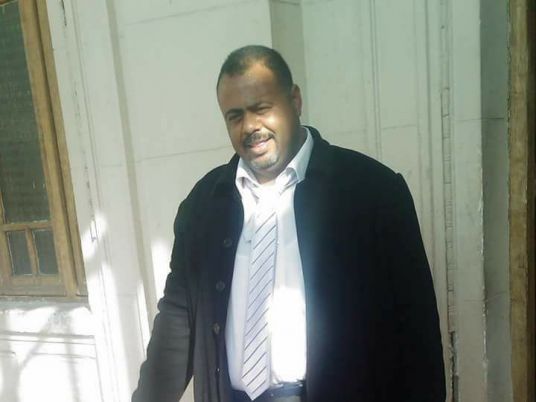