An Egyptian court sentenced 152 protesters on Saturday to between two and five years in prison each after they demonstrated against a decision to transfer two Red Sea islands to Saudi Arabia, judicial sources and state media said.

Hundreds of police officers were deployed in central Cairo on April 25 to quell protests against President Abdel Fattah al-Sisi's decision to hand over Tiran and Sanafir islands.

More than 200 people are being tried in connection with the protests, the judicial sources said.

The 152 protesters were convicted of breaking a law banning people from protesting without first notifying the Interior Ministry, the judicial sources said.

Defence lawyer Ahmed Helmy said they would appeal. "There is no evidence of guilt," he told Reuters.

The prosecution did not issue any formal statement on the verdicts.

In similar protests, on April 15, thousands of people had called for "the fall of the regime", a slogan from the 2011 uprisings which ended Hosni Mubarak's 30-year rule and briefly brought the Muslim Brotherhood to power. More than 100 people were detained at those protests, security officials said at the time. Most were later freed without charge, judicial sources said.

Saudi and Egyptian officials say the islands belong to the kingdom and were only under Egyptian control because Riyadh had asked Cairo in 1950 to protect them. Press Syndicate elections to be held in March 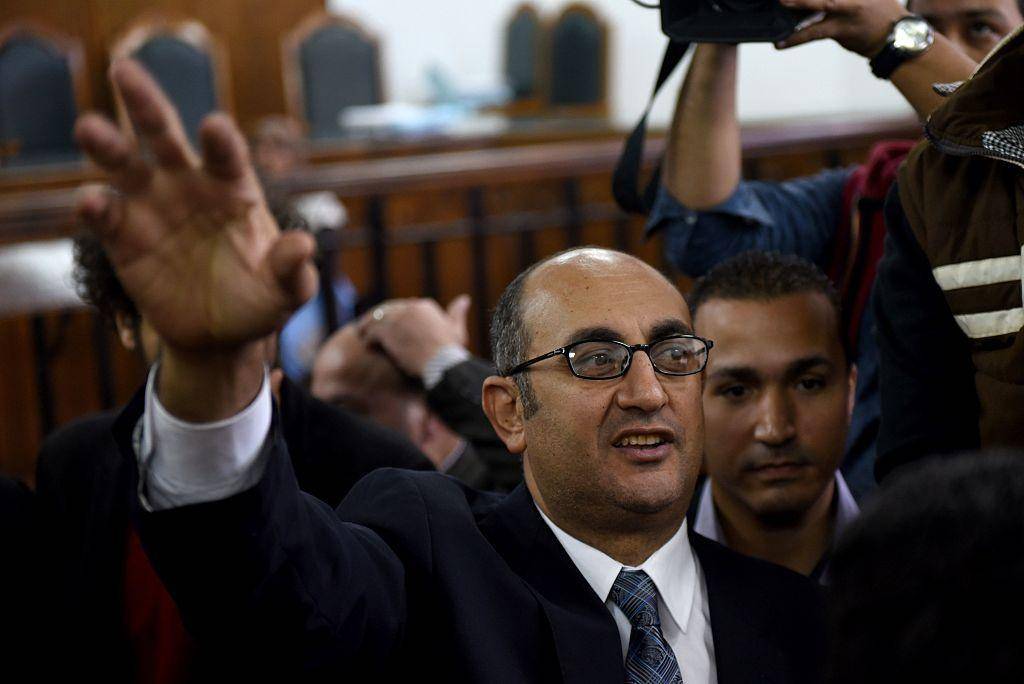