(CNN)Former President Donald Trump tried to call a member of the White House support staff who was talking to the House select committee investigating January 6, 2021, two sources familiar with the matter tell CNN.

The support staffer was not someone who routinely communicated with the former President and was concerned about the contact, according to the sources, and informed their attorney.
The call was made after former Trump White House aide Cassidy Hutchinson testified publicly to the committee. The White House staffer was in a position to corroborate part of what Hutchinson had said under oath, according to the sources.
CNN was told the position of the witness Trump tried to call, but not the person’s name. Details about the witness Trump tried to contact have not been previously reported.
The initial revelation about Trump’s phone call was made in a dramatic moment at the end of this week’s hearing by committee Vice Chair Liz Cheney. Cheney, a Wyoming Republican, revealed that Trump “tried to call” an unnamed witness in the committee’s investigation. She said that witness “declined to answer or respond” to Trump’s call and instead alerted their lawyer. The committee has since supplied that information to the Department of Justice.
“We will take any effort to influence witness testimony very seriously,” Cheney said Tuesday during the hearing.
A spokesperson for the House select committee declined to comment. A Trump spokesperson did not immediately respond to a request to comment.
Rep. Pete Aguilar, a California Democrat who serves on the committee, told CNN on Tuesday that the individual Trump tried to call has been speaking with the panel.
“Trump himself had called someone who has been talking with us,” Aguilar said.
A source familiar with the panel’s investigation added that the committee has spoken to the person Trump tried to call, but not as part of a deposition.
Mississippi Democratic Rep. Bennie Thompson, the chairman of the committee, told CNN Wednesday that Trump attempting to call this witness was concerning enough to raise it to the Department of Justice.
“From my vantage point, it is highly unusual to do that, and that’s why we more or less put that in the hands of the Justice Department, for them to make that decision,” Thompson said, when asked if the act of Trump calling the person was enough evidence to determine whether he was attempting to intimidate a witness. “We are concerned about witnesses’ safety.”
This is not the first time the committee has raised concerns about potential witness tampering.
Tags
Justice Department Mississippi Democratic Rep. Bennie Thompson Trump witness tampering.

5 takeaways from the fifth day of January 6 hearings 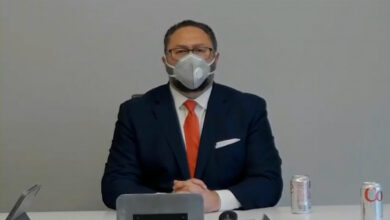