The appearance of former Prime Minister Ahmed Shafiq at a military celebration on Sunday provoked the anger of several political activists.

Shafiq was seated in the same row as Field Marshal Hussein Tantawi, head of the ruling Supreme Council of the Armed Forces (SCAF), and Minister of Military Production Sayyed Meshal at the graduation ceremony of air force and air force sciences cadets.

Shafiq worked as Minister of Civil Aviation since 2002 until ex-President Hosni Mubarak appointed him prime minister on 29 January 2011. He resigned on 3 March following mass protests calling for his departure as one of the icons of Mubarak’s regime.

This is Shafiq's first appearance in the media since then.

Administrative Control Authority investigators allege that Shafiq is implicated in corruption cases. According to authority’s investigations, officials at the Ministry of Civil Aviation squandered LE88 million during the renovation of the Cairo International airport and other airports.

The authority holds Shafiq and seven other officials from his ministry accountable for those losses.

On Twitter, political activist Nawara Negm said the footage of Shafiq “will fuel the anger of the revolution's youth.”

Members of the “We Are All Khaled Saeed” page on Facebook severely criticized the SCAF for inviting Shafiq to the celebration.

Military expert Salah al-Manaway, however, described his presence as normal, adding that Shafiq attended as a former air force commander. 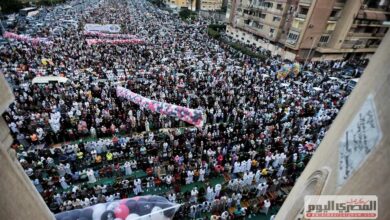 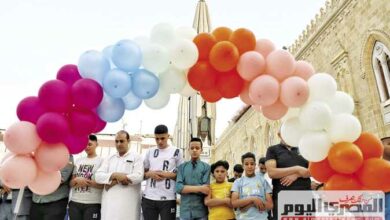 Big turnout on parks, beaches and the Nile Corniche for 1st day of Eid al-Fitr