The public money investigation services today started an investigation into the theft of papers and original deeds from the Ministry of Awqaf (Religious Endowments) that date back thousands of years and are worth billions of pounds.

The prosecution, supervised by public attorney Ali el-Hawwary, will listen to Ahmed Zeidan, who reported the incident. The attorney general ordered the investigation to be sped up given the seriousness of the crime.

"I drove my car from Tanta to Egypt four days ago to bring the documents. I kept wandering about the streets for fear of the documents being stolen or receiving damage to myself, especially because I had received many death threats from the gang that seized the endowment land," Zeidan told Al-Masry Al-Youm.

Zeidan said that one of the deeds belongs to Princess Fatima Khatun, daughter of Mohamed Bek and granddaughter of Sultan Qunswa el-Ghoury. She has several properties in a number of governorates.

The deed, which was created in 1906, is five meters long and written on leather.

Zeidan told Al-Masry Al-Youm that the gang offered him LE2 million in return for the deed a week ago, but he refused and decided to notify the attorney general. He added that some of the documents belonged to Turks, French, and Mamluks.

On another of the documents it was written that Princess Fatima married a Turkish young man at a later date and that a dispute took place between their heirs, resulting in the land being divided among all 16 of them, all from Turkey.

Attorney General Abdel Meguid Mahmoud received a report of the theft of original deeds that are related to properties located in Lower Egypt governorates. The report said that these deeds were used in disputes over historic land and property worth billions. 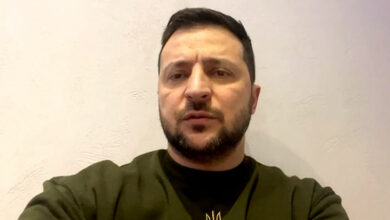