Facebook Twitter LinkedIn
Genocide, the key charge arising from the Srebrenica massacre two decades ago, is the gravest crime in international humanitarian law, yet it is also the most difficult to prove.
Derived from the Greek word "genos", for race or tribe, and the suffix "cide" from the Latin for "to kill", genocide is defined by the United Nations as an "act committed with intent to destroy in whole or in part, a national, ethnic, racial or religious group."
The word was coined in 1944 by Raphael Lemkin, a Polish Jew who took refuge in the United States, to describe crimes committed by Nazi Germany during the Holocaust.
It was used for the first time within a legal framework by an international military tribunal at Nuremberg to try Nazi leaders for their crimes after the end of World War II in 1945. Those accused were however convicted of crimes against humanity.
Genocide has been recognized within international law since 1948, with the advent of the UN Convention, and lists murder among a series of crimes.
In August 2001, the International Criminal Tribunal for the former Yugoslavia (ICTY) convicted ex-Bosnian Serb commander Radislav Krstic on genocide charges for the first time in Europe for his role at Srebrenica.
Almost 8,000 Muslim men and boys were killed by Bosnian Serb forces at the eastern enclave in July 1995 during the Bosnian war in a massacre that was also recognized as genocide by the UN's highest International Court of Justice in 2007.
The ICTY has handed down 14 convictions for genocide and other crimes committed at Srebrenica, according to the tribunal's website.
Currently on trial are Bosnian Serb leaders Radovan Karadzic and his military counterpart Ratko Mladic, both facing charges including genocide for their roles in the Srebrenica massacre.
Armenia claims the World War One massacre of hundreds of thousands of Armenians by Ottoman security forces was genocide, and that an estimated 1.5 million were killed.
Turkey rejects the claims and says up to 500,000 Armenians died in fighting and of starvation after Armenians sided with invading Russian troops.
In 1994, the Rwandan genocide in which the UN said some 800,000 Tutsis and moderate Hutus were murdered, led to the creation of the International Criminal Tribunal for Rwanda, based in Arusha, Tanzania.
It has been handing out convictions since 1998 for the crime of genocide and complicity.
Two former leaders of Cambodia's Khmer Rouge regime from 1975-79 were handed life sentences in Phnom Penh for crimes against humanity last August, and their genocide trial before a UN-sponsored tribunal continues.
Sudanese President Omar al-Bashir is wanted by the International Criminal Court (ICC) on an arrest warrant for genocide related to crimes committed against Darfur's civilian population.
Since its inception in 2002, The Hague-based ICC is the only permanent independent international court able to try the perpetrators of genocide on all continents.
Tags
Armenian genocide genocide Holocaust Srebrenica massacre 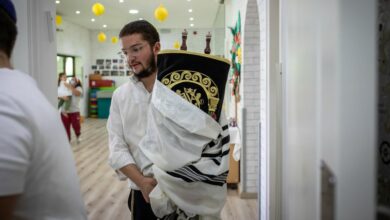 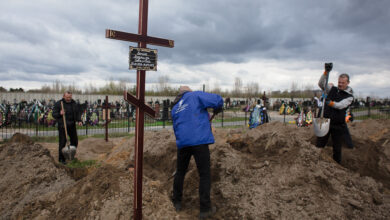