German officials are indicating that the country is open to accepting Russians who are trying to flee the country.

“Many Russians who are now being called up do not want to take part in this war either. This is a good sign,” the German Chancellor’s spokesperson Steffen Hebestreit told reporters during a regular news briefing. “A way must be left open for Russians to come to Europe and also to Germany.”

EU members states must find a “viable solution” on how to deal with Russian conscientious objectors to Russian President Vladimir Putin’s “partial mobilization” orders, he added, saying motives of each such objector must be examined before asylum is granted.

On Thursday, Germany’s foreign and interior ministries indicated that citizens fleeing Russia could apply for asylum in Germany.

Germany had taken in 438 people from Russia through a program that is supposed to offer protection to dissidents, journalists and scientists, adding that procedures had already been changed in April so that “as a rule, conscientious objection is a reason for protection,” interior minister spokesperson Maximilian Kall said.

Exact number of Russians applying for asylum is not yet available. 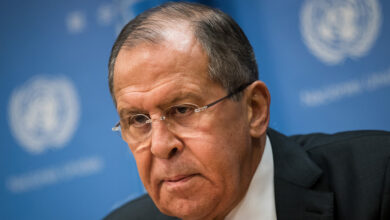 Russia is “failing on the ground” in Ukraine, says UK defense minister