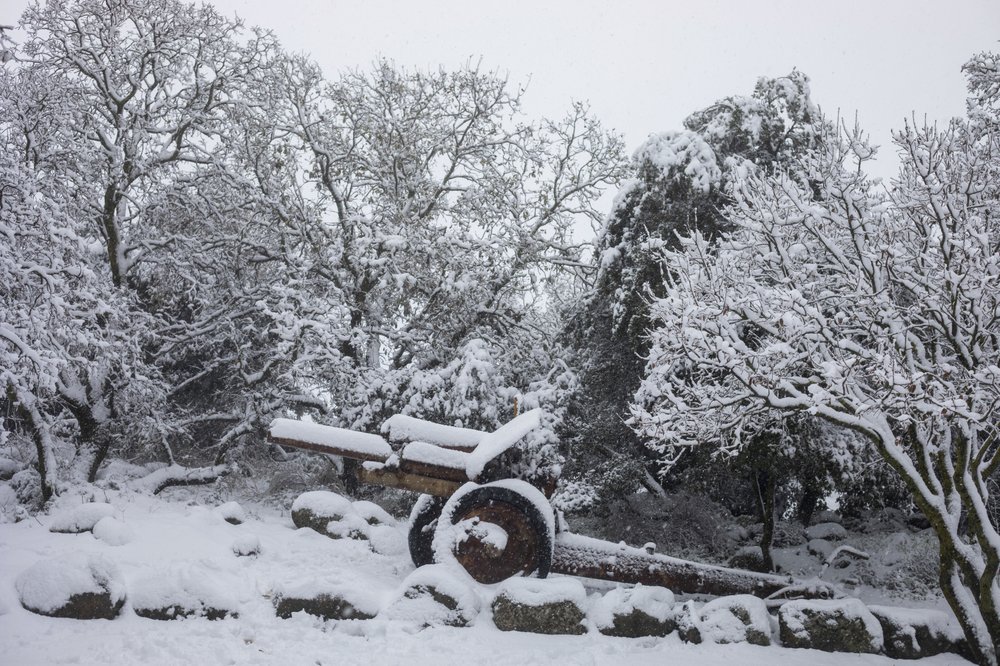 Large parts of Syria were covered, including the capital Damascus which is witnessing this winter’s first snowfall. Snow was as high as 15 cm (6 inches) in the mountains of Sweida province, according to the official state news agency SANA.

Roads in some provinces were blocked. In the central province of Hama, bulldozers shoveled snow to open roads while vehicles skidded on ice, further causing traffic disruption.

The University of Damascus called off mid-term exams scheduled for Wednesday and Thursday in all its branches around Syria because of the extreme weather conditions. The country’s ports remained open.

Breaking a warm spell, the storm brought heavy rainfall, a sharp drop in temperatures and the heaviest snow fall in Lebanon this year. Snow is expected to cover areas of altitudes as low as 400 meters high, according to the Meteorological department. Nearly a dozen roads in eastern and northern Lebanon were closed to traffic because of the snow.

The Israeli Meteorological Service forecast heavy thunderstorms and cold temperatures across much of the country, with snowfall at higher altitudes expected later on Wednesday, including in Jerusalem. Heavy snowfall covered the Israeli-occupied Golan Heights near the border with Syria.