Over the past few months, there have been a string of attacks on Iraq’s electricity infrastructure.

Local media report that up to 70 electricity pylons have been sabotaged and the extremist group known as the “Islamic State” is suspected of being behind the strikes. “Someone is trying to destabilize the country and sew terror,” a spokesperson for the Iraqi Ministry of Electricity said in a  television interview.

But in fact the terrorists are only capitalizing on Iraq’s long-running problem with power shortages. Most Iraqi cities don’t have a 24-hour power supply anyway but the situation gets particularly desperate over hellishly hot summers, when the temperature regularly rises above 50 degrees Celsius (122 Fahrenheit). 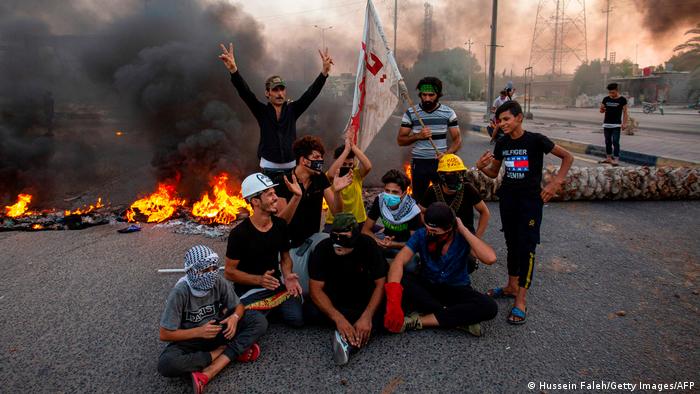 Encore: Last year’s protests about a lack of power in the southern city of Basra

The situation often leads to protests: over the past fortnight, angry Iraqis have stormed power stations in Baghdad and Diyala and late in June, the country’s minister of electricity, Majed Mahdi Hantoosh, became the 18th consecutive electricity minister to resign during summer.

And as also happens almost every summer in Iraq, the government promises to do better. In December 2020, a parliamentary committee set up to investigate the power sector reported that $81 billion (€68 billion) had been spent on the sector since 2005. Yet there have been no significant improvements.

It would be easy to attribute Iraq’s power problems to corruption in Iraq, as many of the irate, overheating protesters do. But analysts say the answer is far more complex.

“It’s like a perfect storm,” explained Ali al-Saffar, an analyst with the Paris-based International Energy Agency (IEA), which gives governments policy advice and compiles global energy data. “It’s not only the technical situation, there are non-technical factors, and political and economic reasons too.” 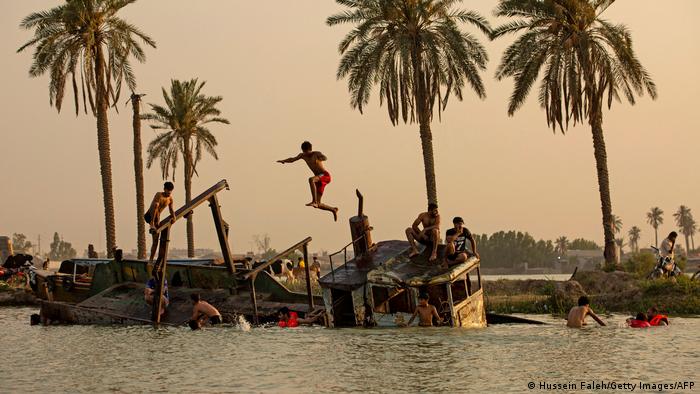 Some of these are out of Iraqi politicians’ control, al-Saffar pointed out — such as the fact that the population is growing and that summers are getting longer and drier, which both increases demand for power and reduces supply, as hot generators run less efficiently.

But other factors could be managed better, he argued. In his and other experts’ opinion, one of Iraq’s biggest problems is high levels of inefficiency in both supply and managing demand.

Currently, Iraq’s grid loses somewhere between 40 percent and 50 percent as it transmits power; that is the difference between what is produced and what is delivered to end users in Iraq. This loss happens for technical reasons — for example, damaged, underperforming or outdated electricity transmission equipment — as well as non-technical, such as theft or tampering.

Iraq’s shortfalls are some of the highest in the world. For instance, in Germany, transmission and distribution loss sits at around four percent, the world average at about eight percent.

However, Iraq’s electricity quandary highlights how difficult it is to fix one thing, without first fixing the other, al-Saffar explained.

In fact, the Iraqi government has actually come up with plans to upgrade and improve its national grid several times, something that requires considerable financial investment. But where would the money come from?

Few Iraqis actually pay electricity bills. Electricity meters, part of the outdated system to be improved, don’t work properly, are simply ignored or are not fitted. Tapping into the power grid for free — known colloquially as “hooking” — is common practice.

Additionally, ordinary Iraqis will often ask why they should pay for power when the service is so bad. They prefer to pay their local neighborhood generator operator instead. An October 2020 study on the sector suggested that locals spent $4 billion on private generators in 2018. It’s a huge business, with documented links to politicians and militia leaders. 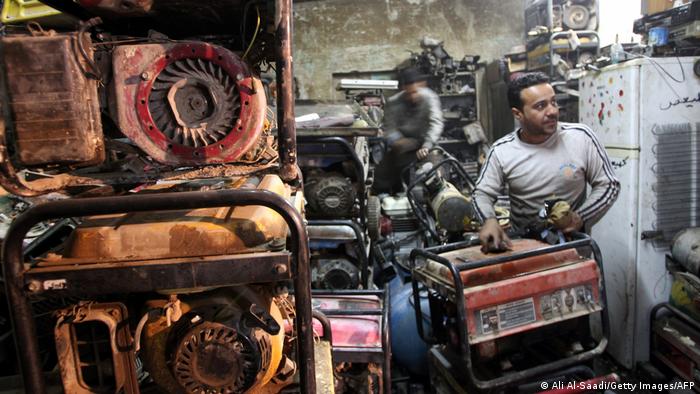 On top of that, last year’s decline in global oil prices means less money in the Iraqi state budget to make those investments. You end up with a public that doesn’t want to pay for improvements but needs more power, local business people who don’t want improvements because it would damage the lucrative “generator mafia” and a government that cannot afford to make improvements, even if they wanted to.

“Iraq often finds itself in a Catch-22,” Maryam Salman, a consultant with Dubai-based advisory, Qamar Energy, told DW. “It cannot get rid of the political lobbying, underhand tactics, mismanagement and financial waste in the sector without implementing a robust regulatory framework to drive reform. On the other hand it cannot implement that without getting rid of said corruption.”

There are also other complicating factors, including difficult international relationships.

Iraq has signed deals to import power from nations like Jordan, Kuwait and most recently Saudi Arabia and Egypt. But it also imports a large amount of gas and electricity from neighboring Iran to generate power, something that one of the country’s other major allies, the United States, has been trying to discourage.

Recent power outages were allegedly tied to this, with Iran demanding faster payment from Iraq for the power supplies, before throttling them. At the same time, Iraq is hampered in making faster payments by US sanctions on Iran, among other things. 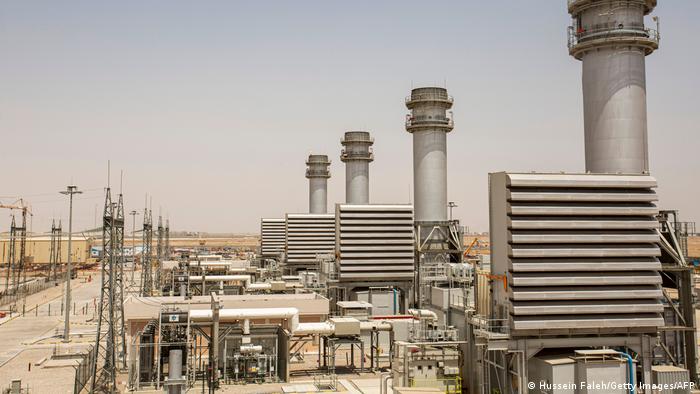 A power plant in the southern Iraqi province of Dhi Qar

According to insiders, deals done in 2018 and 2019 with German company, Siemens, and US company General Electric to help rehabilitate the Iraqi grid were also complicated by international diplomacy.

News agency Bloomberg reported that after it looked like Siemens would sign a $15 billion contract with the Iraqi government, the Trump administration persuaded Baghdad to favor the American company instead.

“We have noticed that there have been unusual forces” at play, former Siemens CEO Joe Kaeser, said in an interview. The practices are “obviously affecting the level playing field.”

Both companies currently have projects in Iraq, with the US government backing General Electric to help Iraq cut back on Iranian gas, and Germany focused mainly on improving the country’s power grid.

Yet every summer, as the lives of ordinary Iraqis are endangered by unbearable heat, it becomes clear how important it is to solve this problem.

“This is a dire situation for Iraq,” Salman concluded. “Failure of the power sector will result not only in increased political corruption, but also risks the return of militant violence, an exacerbated COVID-19 crisis and a bankrupt state treasury.”

Weather temperatures will continue to rise on Saturday and Sunday

Why Arabs aren’t laughing at George W. Bush’s gaffe on Ukraine and Iraq