An Egyptian human rights organization sent a fact finding mission to Suez to investigate the death of a university student who was allegedly murdered by extremists for walking with his fiancée in the street, the head of the Egyptian Organization for Human Rights said Wednesday.

Hafez Abu Seada released a statement saying that the incident was a violation to the right to live and to the sanctity of private life as granted by the Constitutional Declaration and international covenants on human rights. He said the murder was not consistent with the nature of the transitional period, as rights and freedoms are the backbone of this phase after the 25 January revolution.

Suez Public Prosecution continued their investigation into the incident, hearing the testimony of the victim's fiancée Tuesday.

Abu Seada stressed the need for an immediate investigation and trying all the people involved in committing such crimes, or instigating them. He said the investigatio would save the lives of citizens, as well as artists and intellectuals, especially those who advocate for civil society.

The organization warned of the dangers of such crimes, which take the country back to the cycle of violence and counter-violence between extremist groups that took place in the 1990s.

The country should firmly adhere to the rule of the law and fair trial standards in dealing with crimes of violence and religious terrorism, as well as strengthening the pillars of the civil state, the statement continued.

It went on to call on all intellectuals and civil forces to stand together in facing these events, since leniency in this matter would open the door to undermining the institutions of the civil state and violating the private lives of citizens, which would be a setback to the revolution.

Judge accused of murdering his wife has been detained

Suez Canal achieves the highest annual revenue ever with US$ 6.3 billion during 2021 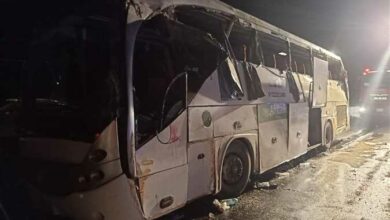