Leaders of Islamic states called for a peaceful resolution to the Syrian conflict through "serious dialogue" between the regime and its foes, as Iran voiced reservations, at a summit in Cairo on Thursday.

Leaders and representatives of the Organization of Islamic Cooperation also said they support efforts to help Mali "regain its territorial integrity," an apparent reference to France's military intervention in the African country.

The OIC called for a "serious dialogue between the opposition [National] Coalition and government officials who believe in political change and are not directly involved in the repression" in Syria, said spokesperson Tareq Ali Bakhit.

Such dialogue should "pave the way for a transition that will allow the Syrian people to achieve their aspirations for democratic change," the OIC spokesman told AFP, citing the summit's final statement.

The summit was held in the absence of Syria which the 57-member OIC suspended in August because of a bloody crackdown on protests against President Bashar al-Assad.

It called for "a peaceful solution" to the conflict which has been ravaging Syria for nearly 23 months.

"The Syrian government is primarily responsible for the violence," charged the statement, which urged the UN Security Council to "assume its responsibilities to end the violence and bloodshed."

Iran, the Assad regime's top regional ally, had "reservations about a passage or two" in the statement on Syria, OIC secretary general Ekmeleddin Ihsanoglu told a news conference.

Iraq and Lebanon also expressed reservations about the text, according to a source close to delegates at the summit.

The Syrian conflict, which the UN says has killed more than 60,000 people, has divided the Security Council, with China and Russia having blocked three resolutions critical of the Assad regime.

But his proposal has been rejected by the Syrian National Council, the main component of the Coalition, while the embattled regime in Damascus has yet to publicly respond to it.

President Mohamed Morsy said after the summit he hoped for a ceasefire "soon" in Syria.

Morsy said a meeting between Egypt, Turkey and Iran on the sidelines of the summit discussed "the general framework" to resolve the crisis in Syria.

"The most important point now is to end the bloodshed. There must be a ceasefire immediately: this is a key point which could perhaps be soon, God willing," Morsy said at a news conference with his Turkish counterpart Abdullah Gul.

"The foreign ministers are working on transforming this general framework into principles and measures" which will be announced "in the coming days," he said.

The Syrian conflict, in which majority Sunni-led rebels are trying to oust the minority Alawi-dominated regime of Assad, has further hardened longstanding sectarian tensions between Sunnis and Shiites.

Morsy urged Iranian President Mahmoud Ahmadinejad to stop backing the Syrian regime, in a meeting on Wednesday that included Gul.

His spokesman Yasser Ali said that Ahmadinejad, the first Iranian leader to visit Egypt since the 1979 Islamic revolution, was told that Shia Iran's "interests in the Arab world are tied to supporting the Syrian people.”

At the summit, Islamic leaders also said they back efforts to regain Mali territory.

Delegates stressed their "firm support for current efforts by Mali to regain its territorial integrity and its authority over all national territory."

The text does not explicitly mention French military operations in Mali.

OIC members such as Egypt and Qatar had criticized the intervention, which came after Bamako called for help in dealing with armed groups linked to Al-Qaeda that had taken over its northern half.

Participants at the summit, who represent the world's 1.5 billion Muslims, said they "strongly condemn the acts committed by terrorist groups and movements and other networks of organized crime and drug trafficking."

A former Saudi minister, Iyad Madani, was named on Thursday as the next OIC head to succeed Turkey's Ihsanoglu.

Madani was named at the end of the two-day summit of the world's largest Islamic grouping and will take over in January 2014 from Ihsanoglu, who since 2005 has headed the group based in the Saudi city of Jeddah. 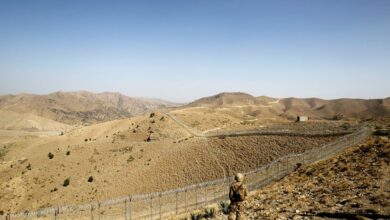 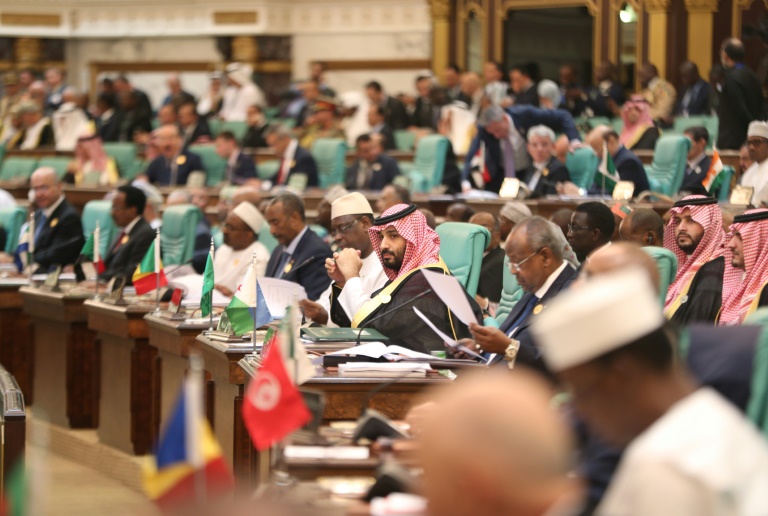