The Kremlin has vowed to take “similar measures of pressure” on Western media after a European Union court upheld a broadcast ban on Russian state media channel Russia Today.

Earlier on Wednesday, the European Union’s General Court dismissed an action taken by Russia Today France, the French version of the channel, appealing EU measures prohibiting the channel from broadcasting in the bloc.

RT France brought forward four pleas — alleging infringement of the rights of defense, freedom of expression and information, the right to conduct a business, and the principle of non-discrimination on the grounds of nationality — according to a statement from the General Court.

The court dismissed the action “in its entirety,” notably ruling that “the nature and extent of the temporary prohibition” of the EU measures do not call freedom of expression into question.

Kremlin spokesperson Dmitry Peskov was quick to respond to the ruling, stressing that Russia will be taking “no soft stance” in return.

“The attack on freedom of speech and the media in European countries, including France, causes our concern and regret. Of course, we are taking and will take similar measures of pressure on the Western media that operate in our country,” Peskov said.

He expressed his hope that the broadcaster will be able to “find loopholes” allowing the resumption of “their much-needed broadcasting.”

In the judgment, the court stressed that the EU “cannot be criticized” for including a temporary ban on content broadcasting by media outlets funded by the Russian state “on the ground that those outlets would support the Russian Federation’s military aggression against Ukraine.” 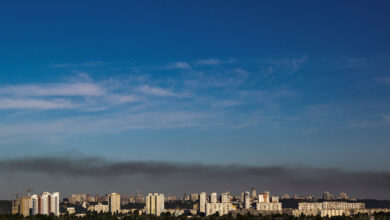 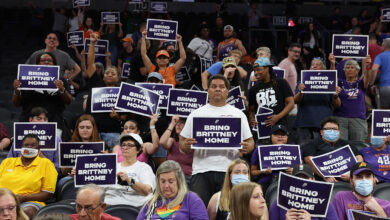 Analysis: Biden is caught in a storm between Russia and its US prisoners