Latvia has toppled a 260-foot monument erected during the Soviet era to “close another painful page of history.”

Built in 1985, the obelisk commemorated the Soviet Army’s victory over the Nazis and was located in Riga’s Victory Park. Its removal was broadcast live on Latvian media on Thursday.

“Latvia takes down one of the symbols of the Soviet occupation in Riga. Closing another painful page of the history and looking for a better future,” Latvian foreign minister Edgars Rinkēvičs said in a tweet Thursday.

The monument consisted of a 260-foot (79-meter) structure decorated with five golden stars, each symbolizing a year of the World War II. The obelisk was flanked on either side by a bronze statue of three soldiers and a statue of a woman representing the “Motherland.”

In June, the Latvian Parliament announced in a press release that it had passed a law that “provides for the dismantling of the sites glorifying the Soviet and Nazi regimes, including the Monument to the Soviet soldiers — Liberators of Soviet Latvia and Riga from the German Fascist Invaders in the Victory Park in Riga.”

The law afforded the relevant municipalities the discretion to initiate the dismantling “regardless of the ownership of the site and the land on which it is located.”

“The purpose of the law is to prevent the denigration of and threat to the values of Latvia as a democracy and a nation state, as well as to express a condemnatory stance against the illegal occupation power, policies, and crimes of both the USSR and Nazi Germany,” the press release said. 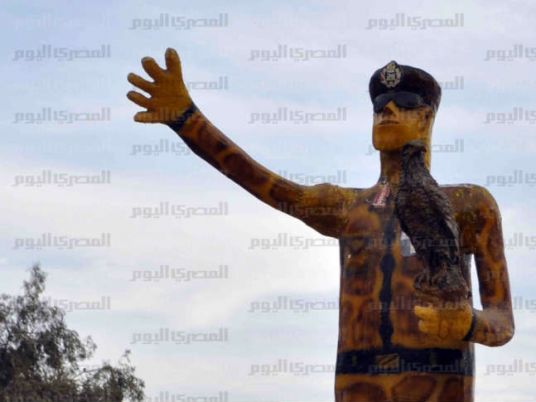 Gandhi statue to be unveiled in London next month