Anti-government protesters in Macedonia, due to gather on Sunday, say they will occupy downtown Skopje until embattled conservative Prime Minister Nikola Gruevski resigns over a flood of damaging wire-tap disclosures.

Gruevski's political opponents hope to rally tens of thousands in front of the prime minister's office from 2 p.m. (1200 GMT), accusing him of trampling on democracy.

"The protest will continue," opposition Social Democrat leader Zoran Zaev said late on Saturday in an interview with internet broadcaster Nova TV. "Around 4,600 activists, mostly young people, said we're staying, even if you won't. That's when we decided to stay."

Since February, Zaev has been releasing a hoard of audio-tapes he says were secretly recorded by Gruevski’s government, targeting 20,000 allies, opponents, journalists, judges and other figures during his nine years in power.

They appear to expose tight government control over the media, courts and the conduct of elections. Gruevski says the tapes were made by foreign spies and have been doctored. Zaev has been charged with “violence” against the state. The government has called its own rally for Monday evening.

The standoff has raised fears of instability in the impoverished ex-Yugoslav republic, which narrowly avoided all-out civil war during an ethnic Albanian insurgency in 2001.

Macedonia wants to join NATO and the European Union, but progress has been blocked for years by a long-running dispute with neighbouring Greece over the country’s name, during which time critics say Gruevski has shifted right, fuelling nationalism and monopolising power.

Western diplomats in Skopje are trying to mediate a solution to the crisis, and have questioned the government’s commitment to democracy and European values.

On May 9 and 10, a police raid on a northern ethnic Albanian neighbourhood left 18 people dead: eight police officers and 10 Albanians described by the government as “terrorists”. Gruevski said police had thwarted a terrorist plot, but Albanians and some foreign analysts said the timing suggested the government was trying to create a diversion.

“I have no intention of resigning, or accepting an interim government,” Gruevski told pro-government broadcaster Sitel TV on Saturday. “If I back down it would be a cowardly move. I’ll face down the attacks.”

Weighing in on Saturday, Russia’s foreign ministry accused “Western organisers” of trying to foment a revolution.

Russian Foreign Minister Sergei Lavrov on Friday said he suspected a connection to Macedonia’s refusal to join European sanctions against Russia over Ukraine, and its possible role as a transit country for Russian gas through Turkey. 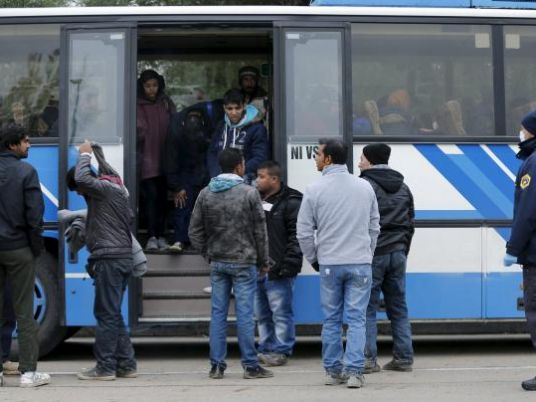 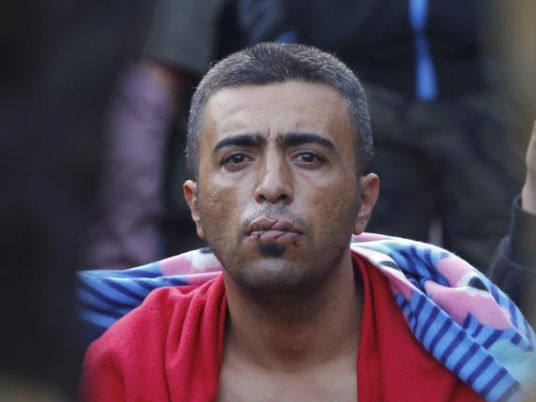 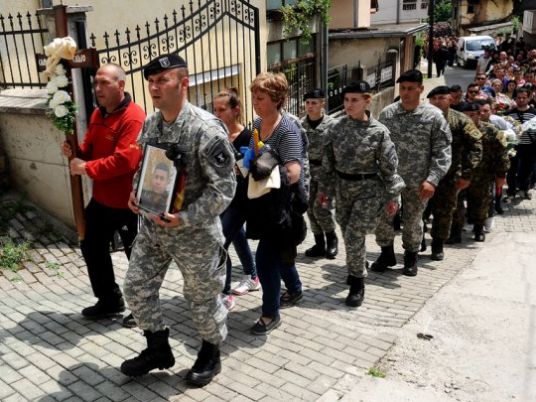 NATO and EU call for calm after deadly Macedonia clashes