Christian Andersen works 14 hours a day on his farm in Regstrup village, Denmark. Every morning, he eats breakfast with his wife and baby son before heading to the barn to feed his cattle. It is a difficult, yet fulfilling life. Owning a farm has been his life-long dream.

Apartment A117 in Cairo’s Dahab Center district hosts 11 young men from Beni Suef. They have all moved to the city in search of a job and currently work as day laborers at construction sites in Cairo’s new suburbs. None of the workers can afford living in the fancy houses they build. However, they lead happy lives in their humble apartment and are saving money to either get married or support their families back home.

The Sawy Culture Wheel in Zamalek is currently hosting Men in Their Twenties, a photography exhibition that offers glimpses into the lives of the generation born in the eighties in both Denmark and the Arab world. The exhibition seeks to foster intercultural dialogue among young men, which represent the smallest demographic group in Denmark and the largest in the Middle East.

It invited six young photojournalists from Egypt, Algeria, Lebanon and Denmark to spend a week in a foreign country documenting the lives of men in their twenties. Souhil Baghdadi from el-Watan newspaper, Algeria; Michel Sayegh from An-Nahar newspaper, Lebanon; and Ahmad Hayman from Al-Masry Al-Youm, Egypt travelled to Denmark.

Nissen’s visit to Beirut coincided with that of Iranian President Mahmoud Ahmadinejad. The Danish journalist witnessed the celebration made in his honor. On the same night, he attended a concert by American rap star 50 Cent at a popular night club in Beirut. Initially confused by the stark contradictions in the city, Nissen came to appreciate the high sense of tolerance in Beirut as he engaged in discussions with Lebanese youth. After decades of war, they dream of peaceful coexistence among the various political and religious factions in Lebanon. It is this tolerance that Nissen sought to convey through his photographic series.

Hayman stayed for a week in Copenhagen with a 24-year-old city-dweller named Hans Kritian Andersen. The experience was enlightening in many ways, explains Hayman. “Youth in Egypt are very different from their Danish counterparts. However, we got along so well.”

Andersen gave Hayman the keys to his apartment on the first day and introduced him to all his friends. Four days later, Hayman selected the best 50 photographs to show to his editor in Copenhagen. The photos were excellent in terms of composition and lighting, yet lacked a personal element.

Photojournalism needs to capture the emotions of its subject to be sincere and engaging for its audience, explained his editor. With this in mind, Hayman returned to Andersen and began taking new photographs. The shots were more spontaneous since Andersen and his friends no longer noticed Hayman’s presence.

Hayman highlighted the balance Andersen was able to strike between his studies and personal life.

Men in their twenties was organized by the Arab Newspaper Development Program–a project initiated by the Danish-Egyptian Dialogue Institute and the World Association of Newspapers and News Publishers.

The exhibition is taking place from 1-8 December 2010 at the Sawy Culture Wheel, end of 26th of July Street, Zamalek, Cairo. The Royal Library in Copenhagen will host the exhibition in January 2011. 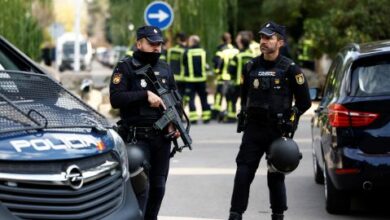