The ministers of justice, interior, information, culture, and education were not included in the reshuffle, the news agency said.

Minister of Justice Mohamed al-Guindi faces sharp criticism from Egypt's revolutionaries for the slow pace of trials of both former officials accused of corruption and officers accused of murdering protesters during the January uprising.

Interior Minister Mansour al-Essawy is slammed for the ongoing security void that began on 28 January.

Minister of Information Osama Heikal, who assumed office ten days ago, has also been subject to attack. Media workers object to his nomination, citing his history as a military affairs editor and presidential affairs correspondent for the Al-Wafd newspaper.

Sharaf submitted the new government formation to the ruling Supreme Council of the Armed Forces (SCAF) on Sunday for approval, after discussions with potential nominees, MENA said.

The new government is scheduled to be announced on Monday.

According to the news agency, Sharaf also accepted the resignation of Minister of Trade and Industry Samir Sayyad and appointed economic expert Hazem al-Beblawy, as his new finance minister and assistant for economic affairs.

He beheaded his wife in Iran. His prison sentence? Eight years and two months 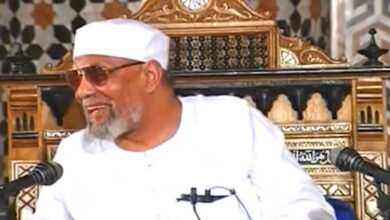