The Urban Communities Authority is in the process of signing a protocol with the Planning and International Cooperation Ministry and the armed forces to remove mines from some 40,000 acres of land in the city of New Alamein.

Minefields constitute 55 percent of the total area of ​​the coastal city, which is located off the Alexandria-Matrouh road and spans over ​​70,000 acres.

Sources said the operation would take six to 12 months, after which the development of the city would begin.

A private-sector company will also resume landscaping the city, after work was interrupted due to the Egyptian revolution.

The sources pointed out that the authority has not withdrawn land from investors in the area except for one famous businessman, who did not indicate seriousness about his project.

Amr Diab to give concert in New Alamein City 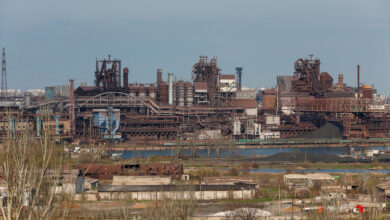 Mariupol’s vast steel plant is shielding around 1,000 people, and the scene of a last-stand battle