Liverpool FC will meet Manchester City on Saturday in the 2022 FA Community Shield.

The Egyptian international and Liverpool striker Mohamed Salah and his team will play the match after achieving the FA Cup title, after beating Chelsea in the final match.

This will be the second time that Manchester City and Liverpool FC meet in the FA Community Shield, where the two teams had previously met in the 2019 edition, and Pep Guardiola’s team won the title, after resorting to penalty shootouts.

Manchester City qualified for the 2022 FA Community Shield after winning the English Premier League title for the 2021-2022 season in the last round of the competition, one point ahead of Liverpool FC.

The match will be broadcast on the beIN Sports network, as it owns the rights to broadcast English football tournaments exclusively on its screen in the Middle East and North Africa.

Al-Masry Al-Youm will offer a live broadcast in writing for those unable to follow the match on TV. 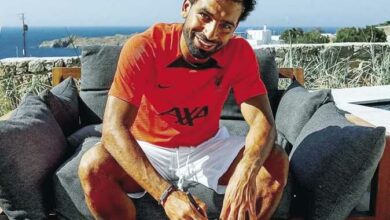 Mo Salah is ranked ‘eighth most generous person in UK’: The Sunday Times