Facebook Twitter LinkedIn
The Port Said Criminal Court decided, on Saturday, to postpone the trial of 51 people to November 15, as Morsi did not appear in court. The defendants are charged with violence outside the Port Said Prison on January 2013.
Morsi was expected to offer testimony concerning the 2013 incident, but prison authorities reportedly declined to allow Morsi in the courtroom, due to security reasons.
The 2013 violence outside the prison occurred when the criminal court handed down death sentences and prison terms against defendants in the Port Said Stadium massacre which left 72 dead in February 2012.
The 51 defendants in the current trial, who are largely made up of family members, are facing charges of attempting to invade the prison.
Edited translation from Al-Masry Al-Youm
Tags
Mohamed Morsy Port Said Port Said Stadium prison trial 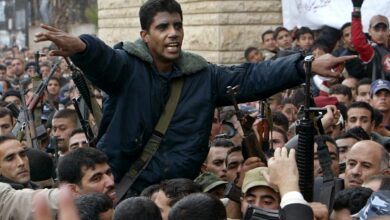