Facebook Twitter LinkedIn
The National Alliance to Support Legitimacy (NASL) issued statement on Monday calling for a million-member rally on Tuesday across Egypt within escalation in the week entitled “Students Ignite the Revolution.”
On Facebook, the alliance greeted the students for their “legendary steadfastness” and condemned the security forces for their harsh tactics on universitiy campuses and their detention of students.
The NASL statement also warned against shedding the blood of Egyptians saying, “no null procedures or corrupt wishes will prevent retaliation.” The statement renewed what it called “pledge and loyalty” for the martyrs and 25 January revolution.
The statement concluded calling on revolutionaries to resume the revolution and rally on Tuesday.
Multiple students have been killed on university campuses since security forces have tried to forcefully disperse student protests. At Al-Azhar University, sixth-year medical student Abdel Ghany Mohamed Hamouda was killed on 21 November, while engineering student Mohamed Reda died at Cairo University 28 November.
The government later claimed Reda was killed by his fellow Brotherhood protesters as the bullets in his body did not match those used by security forces.
Edited translation from Al-Masry Al-Youm
Tags
million-member rally NASL sudents universities

Unvaccinated citizens banned from entering government facilities as of December 1 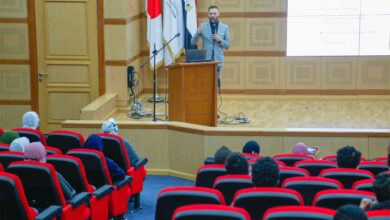