Two weeks from now the Administrative Court of Alexandria will be reviewing a lawsuit filed by Mostafa Raslan, who had previously succeeded in obtaining a verdict preventing foreign Jews and Israelis from visiting Abu Hasira. In his lawsuit, Raslan, who is a lawyer, demands the removal of the tomb of Abu Hasira and the transfer of his ashes outside Egypt.

Zakaria el-Ganayni, a member of the People’s Assembly, said he’s submitting an interpolation into why this previous verdict is not being respected. El-Ganayni is also calling for a poll to find out whether the people want the visits to continue or not.

Mohamed Awad, coordinator of the Kefaya Movement and Karama Party in Daqahlia, said that besides being unlawful, the Moulid of Abu Hasira is rejected on the popular level and that it contradicts our ethics and harms the reputation of Egypt. Not to mention the fact that it and comes at a time when the Palestinians are besieged.

In Alexandria, Hamdi Hassan, a member of the People’s Assembly, criticized the fact that foreign Jews are being allowed into the country to celebrate their moulid. He wonders why Sufis across the country are banned from holding any moulids on the pretext of containing the spread of the H1N1 virus, whereas Jews are permitted to have their festival as if they were immune to the virus. 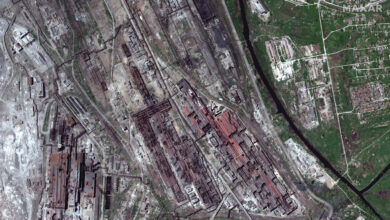 An order has been given to “stop defending” Mariupol, says commander at Azovstal steel plant