Former presidential candidate and leader of the opposition Al-Ghad Party Ayman Nour said Wednesday that he had been barred from traveling to the United States by Egypt’s prosecutor-general.

“Prosecutor-General Abdel Magid Mahmoud informed me that I could not travel to the US on 6 November,” Nour said at a press conference at Al-Ghad Party headquarters in downtown Cairo.

Nour, who was imprisoned for four years shortly after running against President Hosni Mubarak in the 2005 presidential elections, described the move as “unjustified and illogical.”

“I’ll go to court to get the travel ban lifted,” said Nour, adding that he would participate in events abroad via video conference calls.

“Nour was invited to participate in a conference on the future of Egypt organized by the Coalition of Egyptian Organizations in the United States,” Al-Ghad Spokesperson Ahmed Abdel Gawad told Al-Masry Al-Youm English Edition.

Nour’s planned US itinerary included meetings with former US president Jimmy Carter, along with a number of US senators and congressmen. “His schedule did not include any meetings with US administration officials,” Abdel Gawad clarified.

In April, Nour was allowed to travel to Belgium two months after his release to address the European Parliament.

Last month, Nour’s Al-Ghad Party — along with other opposition groups such as the Muslim Brotherhood and the Kifaya pro-democracy movement — launched the “Egyptian Campaign against Presidential Inheritance,” which aims to rally opposition to the anticipated handing down of presidential power by Mubarak to his 46-year-old son, Gamal.

In 2005, a criminal court sentenced Nour to five years in prison after finding him guilty of falsifying Al-Ghad Party registration documents. 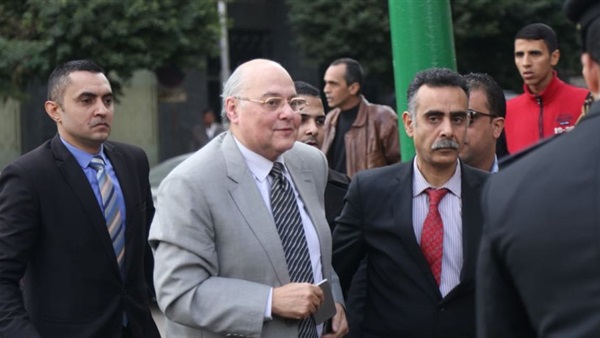 I am not funded nor have I been pressured to run for presidency: Moussa