Real estate and hotels firm Orascom Development (ODH) said on Wednesday it had reached a settlement with Egypt's financial market watchdog that effectively scraps a jail sentence handed down to its chairman last month.

ODH lodged an appeal after an economic court made the initial ruling to imprison Chairman Samih Sawiris over accusations of stock price manipulation and providing incorrect financial data.

Sawiris was served the two-year prison sentence on 27 August because he is the company's legal representative.

The court also fined him LE50,000 and said he must not trade in the stock market for a year, a judicial source had said, quoting the ruling.

The company paid bail immediately after the ruling, launched the appeal to suspend the judgment and began discussions to settle all the charges.

"According to the Egyptian Capital Markets Law and Regulations, this settlement nullifies the suspended judgment of the preliminary court for two years imprisonment and a fine against Mr. Samih Sawiris in his capacity as the Chairman of Orascom Hotels and Development," ODH said in a statement.

According to ODH, the main allegation was that it had misrepresented the percentage of its ownership in Orascom Hotels and Development.

ODH questioned the legal process which led to the ruling, saying it was not given a chance to defend itself or clarify its position, as is required by law.

It said the court issued the initial sentence after only two procedural hearings and Orascom Hotels and Development was not given the right to plead its case in full.

Swiss-listed Orascom Development has been diversifying its business, but Egypt remains its biggest market. Businesses there came to a near standstill for almost 50 days earlier this year due to the uprising that ended the 30-year rule of President Hosni Mubarak.

Samih Sawiris assures that GFF to resume after resolving problems 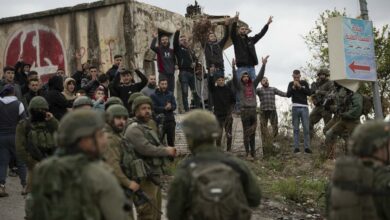