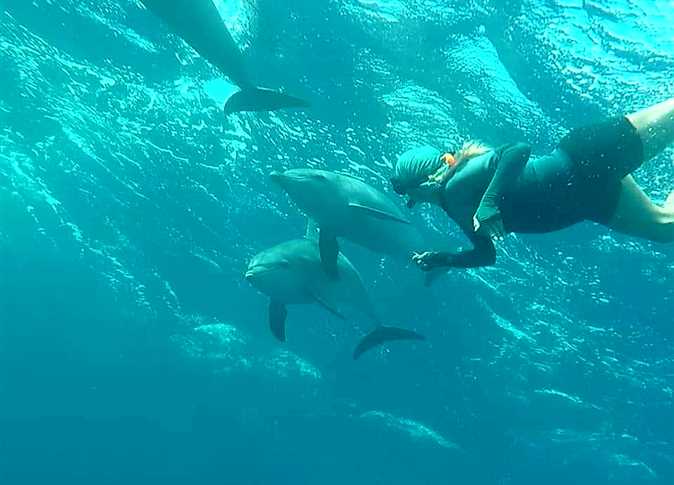 In the past, the dolphins of Erg and Fanous coral reef areas have usually dwelled close to visitors and divers, says Head of Hurghada’s Rescue and Environmental Protection Society (REPS) Hassan al-Tayyeb.

But over the past few days, a strange phenomenon has been observed for the first time, says Tayyeb. Dolphins have migrated from these two spots and headed to a place near the coast north of Hurghada.

No firm conclusion has been reached so far to explain their migration from the place they have stayed in for years, but researchers have several ideas. 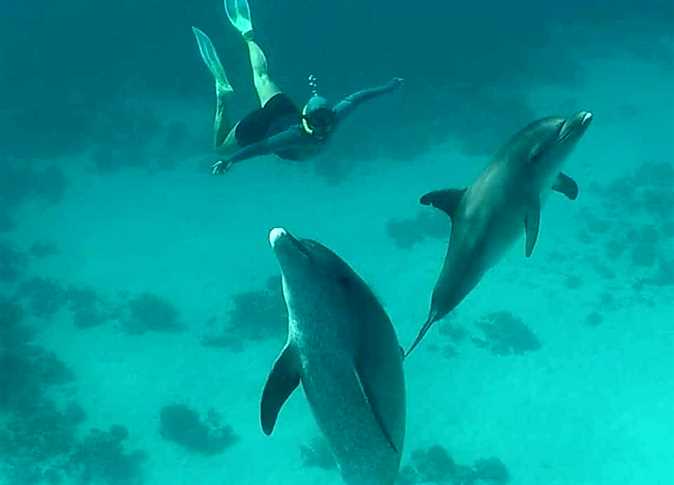 One suggested reason comes from Director of the Red Sea Reserves Ahmed Ghallab, who says simply that dolphins mate and give birth to babies this time of year. During the mating and birthing season, dolphins go searching for secure places for their babies away from the open sea, where plenty of sharks pose a risk to their young.

He added that dolphins might stay near the coast until the middle of September.

Ghallab also mentioned that dolphins reside in shallow lagoons during daytime to rest and care for their babies, guarding them from natural predators. They are more likely to be active at night, seeking food in the deep sea. 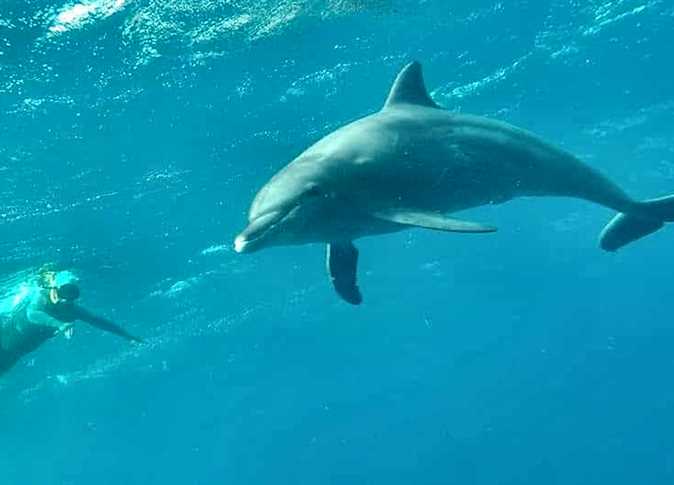 Humans, on the other hand, began to leave after the Environment Ministry imposed a US$10 fee on visitors to these spots beginning August 10th. Daytrips and snorkling expiditions to Erg and Fanous coral reef areas, including those organized by tourist boats and diving centers, have largely ceased, and tourists have relocated to other places where they don’t have to pay fees.

The diving and tourism centers state that they stopped organizing trips because of the Environment Ministry’s new fees. The fees began applying to tourist boats on August 10, and the ministry did not offer a transition period for the application of the new measures.

The statistics on the sale of visit tickets reveal a decline in the numbers of visitors. The number of visitors to these areas has decreased from 2,000 tourists per day to less than 100 since the date the resolution was implemented.

In defense of the measures, Environment Minister Yasmeen Fouad defended the decision to collect fees from visitors to the natural reserves, saying that it aims at managing protected areas in a more professional and regular way.

She added that the decision also aims to regulate the maritime activity across Red Sea reserves. Erg and Fanous coral reefs areas are favorite places for divers.

Tayyeb stated that some tour operators are heading to the new place north of Hurghada near the coast–the site to which the dolphins migrated. There, any beach-goer on the shore can see the dolphins without paying fees.

US dollar price on Thursday morning