MOSCOW/KYIV, Feb 18 (Reuters) – Pro-Russia rebels in Ukraine accused government forces of shelling a village on Friday while Russian media reported more infantry and tank units were returning to their bases in contrast to Western fears of an imminent Russian invasion.

For a second consecutive day, pro-Russian separatists who have been at war with Ukraine for years said they had come under mortar and artillery fire from Ukrainian forces, according to the Interfax news agency. read more

Kyiv and the rebels blamed each other for escalating tension after artillery and mortar attacks on Thursday, prompting fears that Russia, which has massed more than 100,000 troops near Ukraine’s borders, could get involved.

The Kremlin said on Thursday it was “deeply concerned” with the flare-up in Ukraine and was watching the situation closely. The United States said Russia was looking for a pretext for war.

Kyiv and the pro-Russian separatists have been facing off for eight years, and a ceasefire between them is routinely violated, but the intensity of fighting increased notably this week.

U.S. President Joe Biden on Thursday said Russia is preparing a pretext to justify a possible attack on Ukraine, whose ambition to one day join the NATO military alliance has angered Moscow.

In Europe’s biggest security crisis in decades, Russia has massed troops, tanks and heavy weapons on Ukraine’s borders and demanded assurances that Kyiv never join NATO, something the Ukrainian government has refused to do.

Even so, Russia says it has no intention to invade Ukraine and accuses the West of hysteria over its military build-up, saying some of its troops have returned to bases.

Interfax news agency cited Russia’s defence ministry as saying on Friday that several Russian mechanised infantry units had returned to their bases in the regions of Dagestan and Chechnya after completing drills in Crimea.

Interfax also cited the ministry as saying that a train loaded with tanks had departed an undisclosed location to return to their base in the Nizhny Novgorod province. TASS news agency carried a similar report about troops returning to their base.

Western leaders however say Russia remains capable of launching an invasion at any time.

“We have reason to believe they are engaged in a false flag operation to have an excuse to go in,” Biden told reporters at the White House on Thursday.

“Every indication we have is they’re prepared to go into Ukraine and attack Ukraine.” read more

Diplomatic efforts will continue on Friday when Biden hosts a call with the leaders of Canada, France, Germany, Italy, Poland, Romania, Britain, the European Union and NATO.

U.S. Secretary of State Antony Blinken will meet counterparts at the Munich Security Conference. He will also discuss the crisis late next week with Russian Foreign Minister Sergei Lavrov, the State Department said. 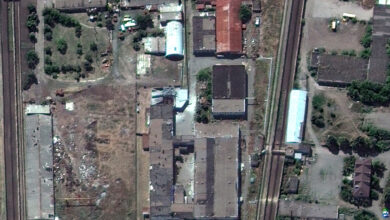 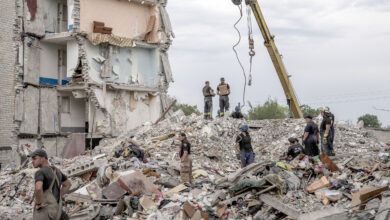