Netanyahu demanded a “strong and independent investigation” into the alleged police misuse of sophisticated spyware against him, calling it a “black day for Israel” as proceedings in his trial were put on hold.

Israeli business newspaper Calcalist has published a series of recent reports alleging that police used the NSO Group’s controversial Pegasus spyware to hack the phones of protesters and other Israeli citizens without a warrant, prompting condemnation from across the political spectrum. Pegasus has been linked to numerous human rights abuses around the world.

Monday’s report claimed that Pegasus had become “one of the most used tools for intelligence collection in the hands of the police” and had been used against politicians, protesters, business moguls, ministry directors and Netanyahu’s close advisers and son. Like previous reports, the paper cited no sources, but for the first time named people allegedly surveyed by the police.

Israeli Prime Minister Naftali Bennett said the allegations, if true, are “very serious.” Public Security Minister Omer Barlev, who oversees the nation’s police force, announced the formation of a government commission of inquiry headed by a retired judge to “investigate in depth the violation of civil rights and privacy in the years in question.” He said the alleged violations appear to have been carried out under former officials in previous governments.

Israel’s previous police chief, Roni Alsheikh, who was in command during much of the alleged snooping, has declined to comment on the matter.

Calcalist said the police used spyware against a phone registered to Netanyahu’s son, Avner, as well as two communications advisers and the wife of another defendant in one of three corruption cases against the former leader.

The allegations could also undermine Netanyahu’s ongoing corruption trial, after reports that police used spyware to surveil a key witness.

They are among several prominent figures to have been targeted with spyware, including business leaders, former directors of Cabinet ministries and mayors, Calcalist reported. It said the organizers of demonstrations on behalf of disabled people and Israel’s Ethiopian minority were also targeted.

Barlev’s investigation follows announcements by Israeli police and the attorney general’s office that they would investigate. Last week, police for the first time acknowledged finding evidence pointing to improper use of spyware.

Officials have not said which spyware was used. But Calcalist said it was Pegasus, whose parent company is mired in controversy after the spyware was linked to eavesdropping on journalists, activists and politicians in several countries.

The newspaper said police used the spyware to gather intelligence before any investigation had been opened — and without judicial warrants. It’s not clear whether Netanyahu’s inner circle was targeted in connection with his ongoing corruption trial or for other reasons.

Bennett, who replaced Netanyahu as prime minister last June, said Pegasus and other products “are important tools in the fight against terrorism and severe crime, but they were not intended to be used in phishing campaigns targeting the Israeli public or officials — which is why we need to understand exactly what happened.”

The Cabinet met Monday to approve Gali Baharav-Miara as the country’s new attorney general. She replaces Avichai Mandelblit, who was handpicked by Netanyahu but presided over his indictment. Mandelblit’s six-year term ended last week.

Netanyahu is in the midst of a lengthy corruption trial over charges of fraud, breach of trust and accepting bribes in three separate cases. His historic 12-year rule came to an end last year when a narrow coalition government was sworn in after four elections in less than two years.

Netanyahu appointed both Mandelblit and Alsheikh, the former police chief, and while in office he reportedly promoted Pegasus to strengthen ties with Gulf Arab states and other authoritarian governments. Now, he believes that same product was used against him.

Addressing parliament on Monday, Netanyahu said it was “completely inconceivable” that the police would use “the most aggressive tools in the world” to surveil citizens.

“Spyware meant for thwarting terrorism and fighting our enemies turned into a daily tool by officials in the police to spy on citizens in breach of every norm and every law,” he said. “Who knows what kind of improper use was made with this espionage.”

The trial witness whose phone was reportedly hacked, Shlomo Filber, is expected to testify in the coming days and Netanyahu’s lawyers are expected to request a delay to his testimony. The court canceled a hearing Tuesday to allow prosecutors time to respond to claims about the alleged hacking of Netanyahu’s associates’ phones.

Calcalist reported that police also used spyware on Dudu Mizrahi, the CEO of Israel’s Bezeq telecom firm, to assess the credibility of his testimony in one of the cases.

It remains unclear whether any of the evidence allegedly gathered was used against Netanyahu.

NSO does not disclose its clients and says it does not have access to the intelligence they collect or control how its products are used. It says all of its sales are approved by Israel’s Defense Ministry and that its technology is used by governments to combat crime and terrorism. 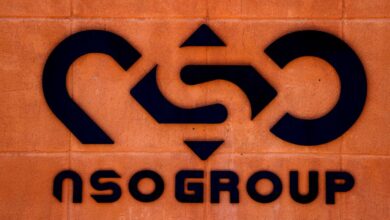