The news came at an awkward time, and in doing so, Vucic created a fresh headache for the Western anti-Putin alliance and, notably, for the European Union.

On the other side of the continent, EU heads of state were mired in in grueling negotiations over a sixth package of sanctions against Moscow. The final deal, announced late Monday, includes a partial ban on Russian oil imports to the bloc.

But Brussels was forced to make an exemption for oil that is imported to Hungary, Slovakia and the Czech Republic via a pipeline, in order to get everyone on board. This was seen by some EU members as a major concession.

While Serbia is not an EU member state, it is part of an EU enlargement plan that also includes some of its neighbors. The EU is set on expanding to the east and sees the Western Balkans as key to European security — even more so in light of Russia’s invasion of Ukraine.

Electrical appliances rise by 35% in Egypt 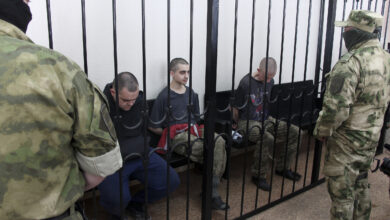