Another 27 people were wounded as the buses travelled near the village of Borova, close to the contested city of Izium, the office added.

A visit to the newly liberated city of Izium in Kharkiv, following months of Russian occupation 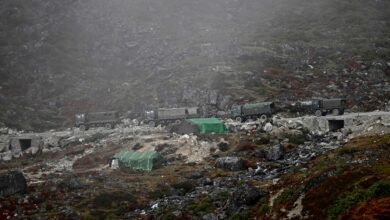 Kharkiv is without electricity due to “insidious shelling” by Russian forces