The Muslim Brotherhood on Wednesday issued its first strongly-worded statement against the ruling military council since the 25 January Revolution, requesting that it “meet the many promises it had given,” a declaration that some observers see as further evidence that the “honeymoon” between Islamist group and the Supreme Council of the Armed Forces (SCAF) is over.

The Brotherhood's statement on Wednesday, which was titled "The Critical Stage the Revolution is Going Through," reminded the council of Abdel Rahman Swar al-Dahab, a Sudanese army officer who led a coup against Sudanese President Nimeiri and left after the six-month transition period, as promised.

It drew attention to attempts to postpone parliamentary and presidential elections, and the subsequent writing of a new constitution. The group said it feared the military might remain in power indefinitely, and said that prolonged military rule would be a violation of the revolution and a continuation of the former regime’s policies.

The statement also reiterated the Brotherhood's criticism of the council pledge to present supra-constitutional principles, a move it said violated the people’s will, as manifested in the referendum on constitutional amendments held in March. 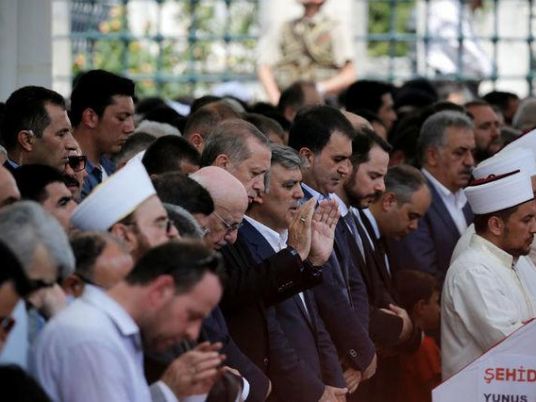 At height of Turkish coup bid, rebel jets had Erdogan’s plane in their sights