Front page headlines in state-owned newspapers Al-Ahram and Al-Akhbar, in addition to other national newspapers, report that 14 parliamentarians from both the Shura Council and People's Assembly were stripped of their legal immunity over corruption in state-funded medication cases.

According to Al-Ahram, Egypt’s prosecutor general requested the minister of justice lift the immunity of the MPs. People's Assembly Speaker Fathi Sorour told the paper that “he will take action as soon as he receives a memo from the justice minister” adding that the action will be “swift” in an effort to give the MPs a chance to present their defense.

Meanwhile, Shura Council Speaker Safwat al-Sherif said he will meet with the constitutional and legislative body of the council once he receives the said memo, since “the Shura Council is keen on knowing all the details.” Only two MPs of the accused belong to the Shura council.

Al-Ahram publishes the names of the MPs and constituencies they represent, but does not say which parties the parliamentarians belong to. An earlier report by the Public Funds Prosecution Office said the deputies involved come from the ruling National Democratic Party (NDP), including a high-ranking official, the Muslim Brotherhood and the Wafd Party.

In July, the Public Funds Prosecution Office started investigating a number of government officials, including MPs, who were suspected of taking bribes in exchange for approving state-funded medical treatment for individuals that did not fit approval criteria.

In other news, Al-Shorouq and Al-Dostour, both independent papers, say the Tanta Misdemeanors Appeal Court will hear a verdict in what is now known as the "Tanta lawyers case.”

Two lawyers, after being convicted of attacking Tanta's district attorney on 9 June and receiving five-year prison sentences, are appealing the convictions.

The case has created a rift between judges and lawyers, with the latter accusing the former of mistreatment, and has spurred lawyer protests and demonstrations in front of Tanta’s appeals court. This time, however, according to Al-Dostour, the bar’s head Hamdi Khalifa has banned any form of rioting or protest by the courtroom “in order to spread calm and not provoke the judges prior to the verdict announcement,” says Rabie El-Malawani, a defense lawyer.

Meanwhile, Al-Dostour and Al-Wafd, report one death and several injuries incurred in an altercation between supporters of parliamentary candidates during canvassing.

The two candidates belong to the ruling National Democratic Party in the province of Dakahliya. Two supporters, relatives of one candidate, were injured by gunshot, and a 22-year-old man lost his life when he was shot in the eye, and fell into a river–his body was recovered seven hours later, Al-Dostour reports.

The exchange of gunfire occurred after one of the candidates tore down posters promoting his opponent, Al-Wafd says. In retaliation the second candidate went “with 20 armed thugs to discipline the family and supporters for his rival,” alleges Al-Dostour. The incident is currently under investigation.

On its front page, in what seems to be an exclusive story, Al-Shorouq reveals that the local council of the city of Marsa Matrouh is petitioning a contract that sold a piece of land east of the city to Halliburton, a US corporation that is considered the world’s second largest oil-focused services company, and which had ties to former US Vice President Dick Cheney.

Matrouh’s local council’s memo said, according to Al-Shorouq, that the land would be used to bury radioactive waste, from 250 to 1500 meters below the ground. The Houston-based Halliburton had come under fire before from environmentalists and is currently being probed over the Mexico Gulf spill, according to the Los Angeles Times, over the “possible failure” of its equipment used “for cementing the deep-water drill hole.” In 2006, a spill by the US company, resulted in a dangerous vapor cloud. According to The Daily Times, a US-based newspaper, “Halliburton employees were mixing acid in a concrete containment area when a spill occurred.”

Meanwhile, the controversy stirred by “revealing” published pictures of the daughter of the possible presidential contender Mohamed ElBaradei provoked Al-Shorouq’s Wael Qandil to respond to the hubbub, in his column, saying that "anonymous woman who published the private picture of ElBaradei's family is, in fact, the sinful one,” he wrote.

An album containing 33 photos was posted on Facebook under the title “Secrets of ElBaradei family” where his daughter, Laila, accompanied by her husband, both in swimsuits at the beach, were seated in front of what appeared to be bottles of alcohol. Drinking is forbidden in Islam and conservative Muslims generally consider a woman appearing publicly in a bathing suit to be immodest.

ElBaradei, Nobel Peace Prize winner and former UN nuclear chief, responded by classifying this as another attempt by the Egyptian government to discredit him.

“No one would have imagined that dirty rivalry would lead to moral assassination of a symbol of Egypt and respected figure by defaming his family in such a scandalous, outrageous fashion,” wrote Qandil. “I think that Dr. ElBaradei should not hesitate for a moment to go the prosecutor’s office and ask him to punish those who have not respected morality and had slandered a respectful family.” 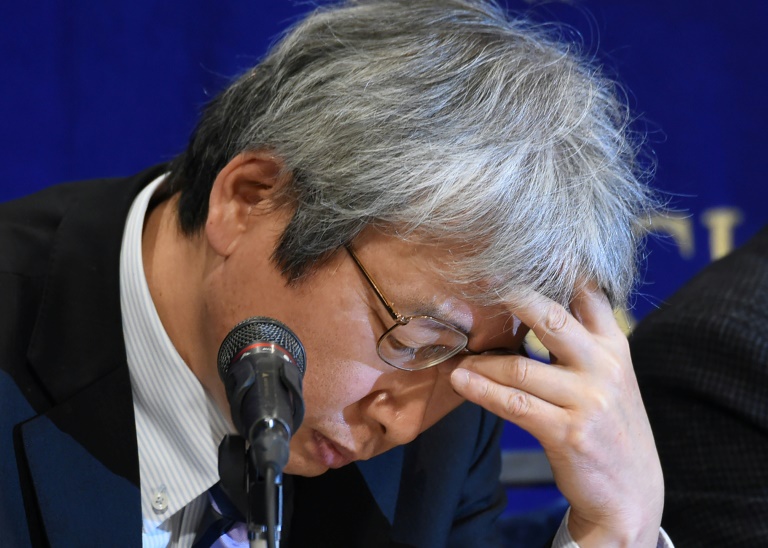