Syrian President Bashar Assad visited troops Sunday on the front line in the newly captured areas of eastern Ghouta, near the capital Damascus, hailing their recent advances as a part of a larger battle against global terrorism.

Standing in a neighborhood street, Assad congratulated his troops during the visit broadcast on state-run Al-Ikhbariya TV. “We are proud of you,” he said.

He told the soldiers that they are not only fighting for the region but also to rid the world of terrorism.

“With every bullet you fire at a terrorist, you change the balance in the world,” Assad said.

Syria’s government views all its opposition as terrorists. Assad’s visit comes on the week the war enters its eighth year, a war that has devastated large parts of Syria, and displaced nearly half of the population. What started as peaceful protests against his family’s long rule turned into a civil war after a heavy crackdown. The government fought the opposition for years, using its air force and artillery and solicited help from its Russian and Iranian allies, who threw their weight behind Assad.

Recapturing eastern Ghouta, a short drive away from the Syrian capital, would mark the biggest victory yet for President Bashar Assad in the country’s civil war. The area has been under rebel control since 2012. It would also be the worst setback for rebels since the opposition was ousted from eastern Aleppo in late 2016 after a similar siege and bombing campaign.

Assad stood near a tank and was surrounded by soldiers on a street in eastern Ghouta, the region near Damascus where a government offensive has been underway over the past month. The soldiers cheered and pumped fists in the air. Assad, who wore a suit with no tie, flashed smiles and stopped for chats with soldiers. Some Soldiers posed with him, taking selfies. It was not clear where in eastern Ghouta Assad was.

Assad then climbed on top of a tank and looked around, before stepping down, also surrounded by soldiers. He told them the residents of the capital, who have come under repeated fire and shelling from the rebel-held areas, appreciate the soldiers’ advances.

The images were also posted on the official Presidency social media sites. “On the front lines in eastern Ghouta, President Assad with the heroes of the Arab Syrian Army,” the Presidency page said.

The Britain-based Syrian Observatory for Human Rights said the Syrian government is now in control of over 80 percent of the area.

It was the latest town to be captured by the Syrian troops and allied militia in a swift advance over the last few days. Al-Ikhbariya TV hailed it as a “major victory.”

Over the past week, Syrian troops and allied fighters divided the sprawling eastern Ghouta region into three parts, isolating residential areas and facilitating the military advance. Tens of thousands of residents have fled the southern pocket of eastern Ghouta.

On Sunday, and after days of relative calm in the northern pocket, the Observatory reported new intense shelling on Douma, the largest town in eastern Ghouta. 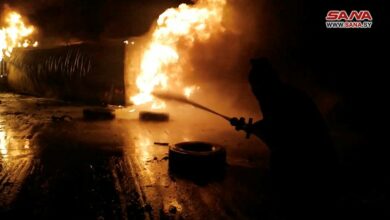 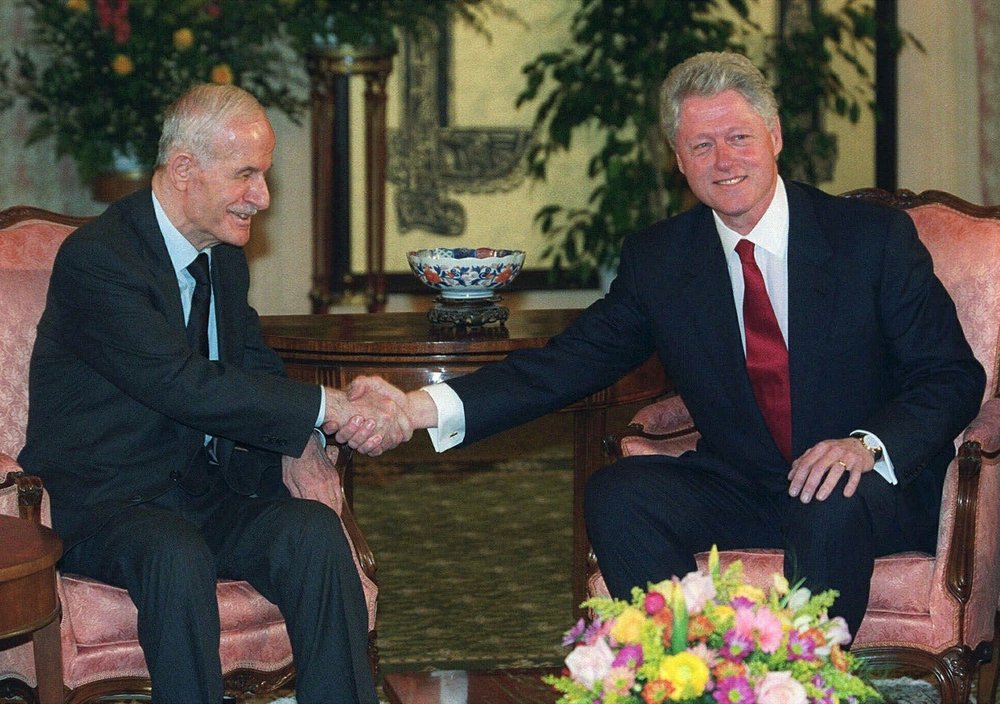 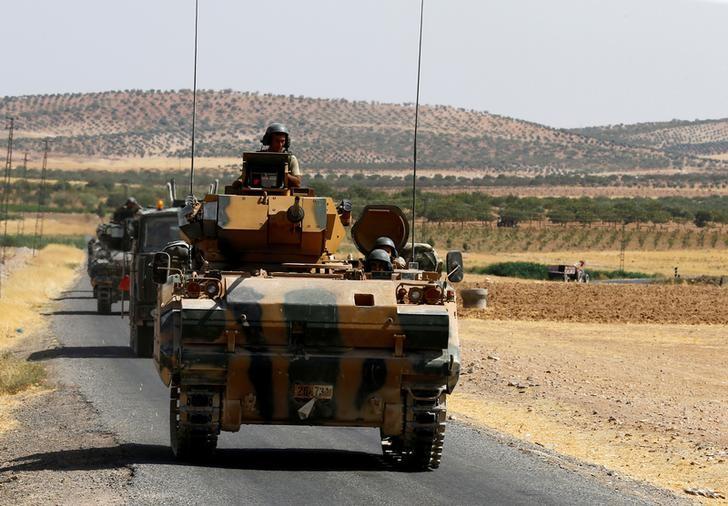 Turkey withdraws from base in northwest Syria, sources say 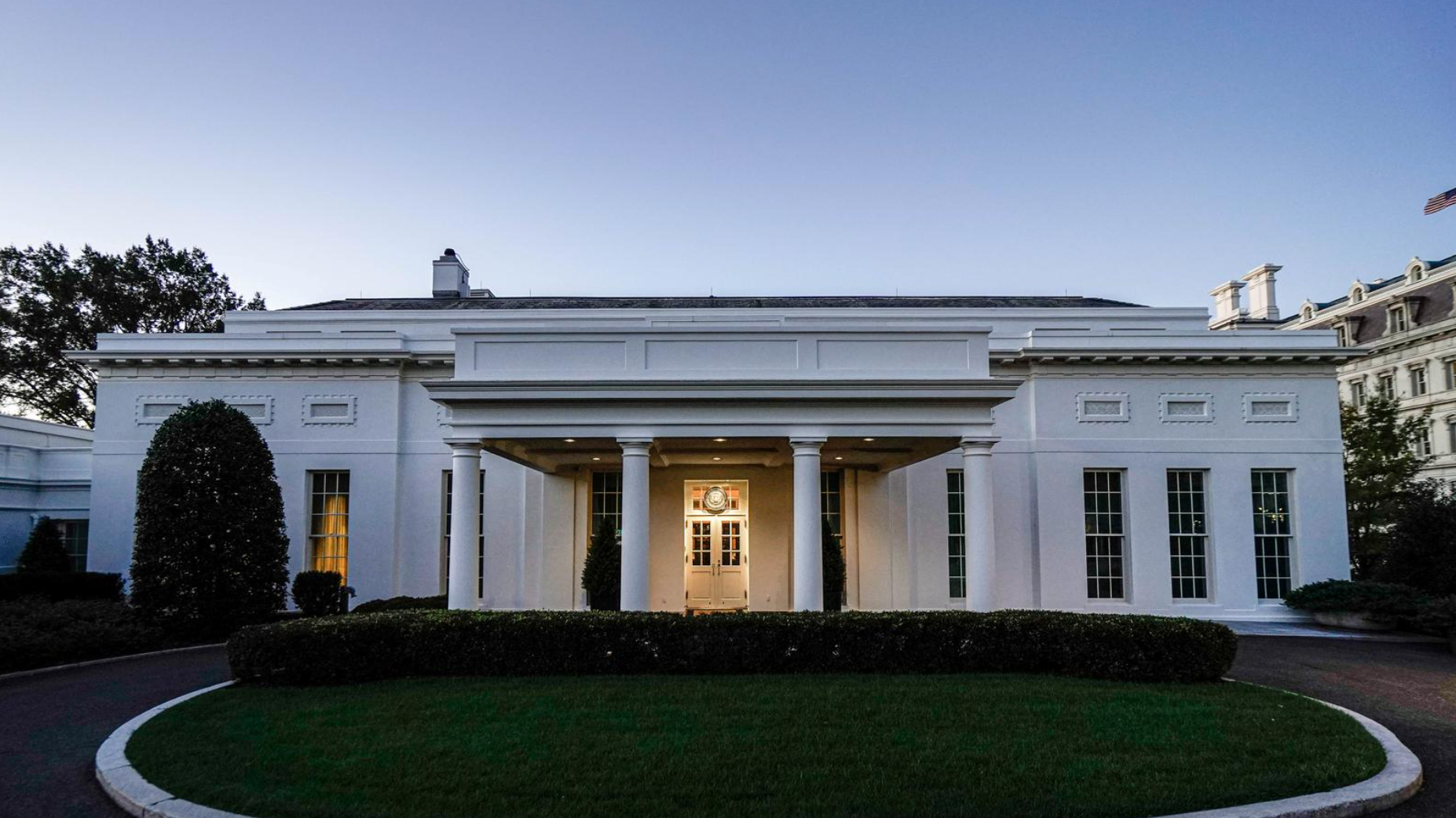