Weather headlines dominate Thursday's papers following a cold spell that brought rain and high winds with it this week.

Privately owned Al-Shorouk leads with: "Egypt under rain … puddles, coldness and power outages." The independent publication reports that several buildings collapsed and crops were ruined in many governorates due to the strong wind and rain. A problem with the electrical wires of the Cairo metro contributed to traffic chaos on the capital's streets, the paper writes. Cairo's governor is also reported as saying that, according to a municipal inspection committee, 6,101 of the city's 14,136 drains are working.

Around the region people were also killed in traffic collisions, the bodies of two young girls were found in the West Bank and the Zaatari refugee camp in Jordan was damaged by high winds, Al-Akhbar reports.

The mouthpiece of the Muslim Brotherhood, Freedom and Justice newspaper, writes that the cold wave is expected to end Thursday and rains are predicted to stop Friday, but air currents from Europe are likely to cause more cold spells throughout the winter.

Though not severe, the unusual weather for Egypt means other news sometimes took a backseat this week.

Al-Akhbar writes that new evidence has surfaced regarding protester deaths and prison escapes during the revolution. Omar Marwan, head of a fact-finding committee tasked with investigating the deaths, is reported as saying that foreign infiltrators took part in attacks on 11 prisons  allegedly to free Hamas and Hezbollah members. Regarding a Muslim Brotherhood team called "Group 95" that is accused of committing violent acts during the revolution, Marwan says no such group is mentioned in the committee's report but the panel is looking into the matter.

Prosecutors are beginning investigations into the allegations presented in the committee report, Freedom and Justice writes. General Prosecutor Talaat Abdallah has appointed Cairo prosecutors to look into the more than 800-page report, which is accompanied by video evidence purportedly of the protester killings that took place in January 2011. The findings will be presented to the office of the prosecutor general on a weekly basis unless an emergency occurs or an important matter arises, the paper says.

Al-Shorouk newspaper publishes today the final part of an interview with National Salvation Front leader Mohamed ElBaradei, quoting the Nobel laureate as saying, "we don’t want Morsy to leave … we want the country to function."

ElBaradei also uses the interview to answer his critics: "I was accused of being a member of the free masons, an unbeliever, infiltrator and the reason for the Iraqi war," he says, adding that these accusations grieve him. He claims the recent intensified attack on his character has been prompted by the modern and enlightened projects he envisions for the country.

Death toll from heavy rain in northeastern Brazil rises to 91 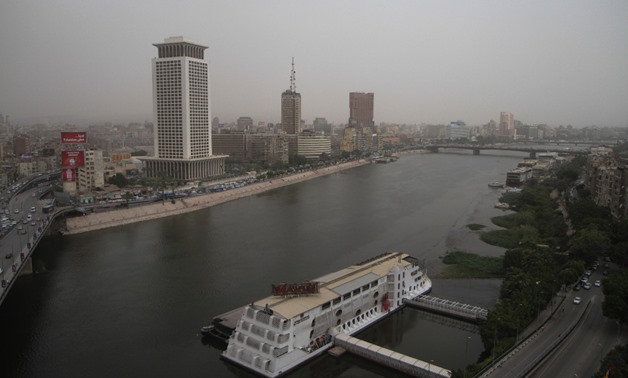