ANKARA, Dec 16 (Reuters) – Turkey will hike its minimum wage by a massive 50% to 4,250 lira ($275.44) per month next year to address a currency crash and inflation spike, President Tayyip Erdogan said on Thursday.

Erdogan’s unorthodox policy of cutting interest rates in the face of price rises sparked the selloff in the lira, which is down 40% since the beginning of last month alone.

He said the uncertainty generated by market volatility and inflation would end soon.

“With this increase, I believe that we have demonstrated our determination to protect our employees from being crushed in the face of price increases,” Erdogan said, adding the wage would be the highest ever.

The government would also lift taxes on the minimum wage to ease burdens on employers, he said.

Inflation jumped above 21% last month and is expected to hit 30% next year largely due to the currency slide, which boosts import prices.

Erdogan was speaking after the central bank again cut its policy rate, by 100 basis points to 14%, as part of his new economic program that emphasizes exports, credit and growth ahead of elections in 2023. read more

“Our currency is known, and it is the lira, and we will not let it be swallowed,” Erdogan said.

“We are determined to put an end to the uncertainty that has arisen due to the fluctuations in the exchange rate and the exorbitant price increases as soon as possible.”

The lira’s collapse has upended household budgets and plans, while soaring prices across the board have drawn backlash. Turks have seen their earnings erode since the central bank, under pressure from Erdogan, began slashing rates in September.

Erdogan said stability will be ensured with new measures in the coming days, but did not specify what they were. 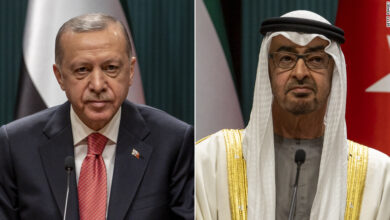