The United States decision to suspend visa services in Turkey has punished citizens of both countries, Turkey’s prime minister said on Tuesday, accusing Washington of taking an emotional and inappropriate step against an ally.

Binali Yildirim called on the United States to move quickly to end a dispute which rattled Turkish markets on Monday and plunged relations between Ankara and Washington to a new low after months of tension.

In a blunt speech to ruling AK Party parliamentarians, he also defended Turkey’s arrest of a US consulate employee which prompted the US move, and Turkey’s reciprocal visa suspension.

“Turkey is not a tribal state, we will retaliate against what has been done in kind,” Yildirim said.

Turkey says the arrested consulate worker had links to US-based Muslim cleric Fethullah Gulen, blamed by Ankara for orchestrating a failed military coup against President Tayyip Erdogan in which more than 240 people were killed.

Gulen has denied involvement in the coup attempt and US ambassador John Bass said on Monday night that the embassy had not been told what evidence existed against the employee. The length of the visa suspension would depend on the extent of Turkey’s protection for the embassy and its staff, he said.

“Who are you punishing?” Yildirim said. “You are making your citizens and ours pay the price.”

“… We call on the United States to be more reasonable. The issue must of course be resolved as soon as possible,” he said, describing US behavior as “unbecoming” of an ally.

Relations between the countries have been plagued by disputes over US support for Kurdish fighters in Syria and Turkey’s calls for Gulen’s extradition.

US courts have also indicted a Turkish banker and a former minister for conspiring to violate US sanctions on Iran, as well as 15 of Erdogan’s security guards for attacking peaceful protesters during his visit to Washington in May.

“Did you ask permission from us when you dragged a general manager from our national bank into jail?” Yildirim said. “Why are you harboring Gulen? Does this fit our alliance or friendship?”

Yildirim said if the United States wanted to continue its alliance with Turkey it should stop support for YPG fighters battling Islamic State in Syria. Turkey says the YPG is an extension of the outlawed PKK which has fought a three-decade insurgency in southeast Turkey.

“Siding with our enemies is not fitting our alliances,” he said.

Turkey’s currency and stock market were both hit on Monday by the dispute. On Tuesday, the main BIST 100 stock index picked up slightly, rising 1.2 percent at 1130 GMT, and the lira was also up 0.5 percent at 3.68 to the dollar. 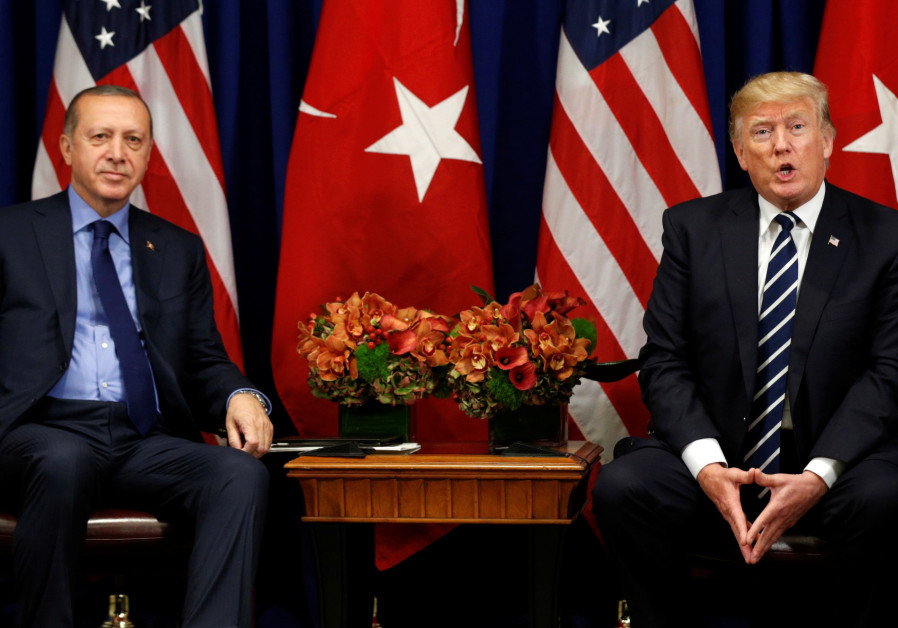 US still seeking explanation for arrest of staff in Turkey: ambassador