At least 10 people were killed in explosions in two train carriages at metro stations in St. Petersburg on Monday, Russian authorities said.

Interfax news agency quoted an unnamed source as saying one of the blasts was caused by a bomb filled with shrapnel.

President Vladimir Putin, who was in St. Petersburg for a meeting with Belarussian leader Alexander Lukashenko, said the cause of the blasts was not yet clear and efforts were underway to find out. He said he was considering all possibilities including terrorism.

Video footage showed injured people lying bleeding on a platform, some being treated by emergency services. Others ran away from the platform amid clouds of smoke. 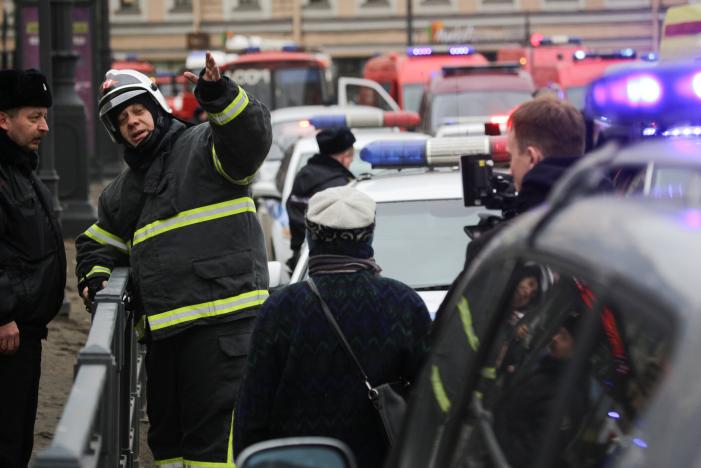 A huge whole was blasted in the side of one carriage with mangled metal wreckage strewn around the platform. Passengers were seen hammering at the windows of one closed carriage.

Authorities closed all St. Petersburg metro stations. The Moscow metro said it was taking unspecified additional security measures in case of an attack there.

Russia has been the target of attacks by Chechen militants in past years. Chechen rebel leaders have frequently threatened further attacks.

Putin, as prime minister, launched a 1999 campaign to crush a separatist government in the Muslim southern region of Chechnya, and as president continued a hard line in suppressing rebellion. 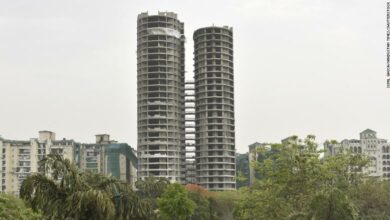 Thousands evacuated in India before implosion of giant skyscrapers 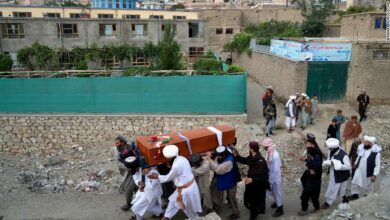