For the third consecutive day, headlines on the Sunday attack on St. Mark's Cathedral occupy the front pages of most newspapers as investigations into the violence get underway.

The clashes, which left two people dead, broke out during a funeral procession for four Coptic Christians who were killed Friday in clashes with Muslims in Khosous, Qalyubiya. The Khosous fighting also left one Muslim dead and had reportedly ignited after a group of boys spray-painted graffiti on the walls of an Islamic school.

Al-Akhbar leads with, "Shura: Al-Azhar and the Cathedral are a red line." During heated sessions of the upper house of Parliament, many MPs demanded a thorough investigation into the primary causes of the escalation of violence and the deaths, the state-run paper reports. Some of the lawmakers reportedly blame the events on the interior minister's failure, while others attribute them to political and not sectarian strife.

Al-Akhbar reports that toward the end of the session, Christian members of the council expressed disapproval they were not given the floor to respond to a Jama'a al-Islamiya-affiliated MP who called on the Church to calm young Christians and forbid them to carry arms.

On the other hand, Freedom and Justice Party MP Gamal Heshmat reportedly called upon authorities to collect all illegal weapons from all civilians. Nour Party MP Osama said the whole situation boils down to a number of kids drawing crosses on a wall. He claimed sectarian strife is the creation of the Mubarak regime and we should not be fooled by it, the paper reports.

Al-Akhbar writes that life in Khosous is back to normal, especially in the vicinity of the church that witnessed the unfortunate events, which has partially reopened its doors. However, the Al-Azhar-affiliated school where the graffiti was reported remained closed and residents were said to be keeping their children at home for fear of further clashes.

The Coptic Millet Council, a body in charge of the Church’s administration affairs, said in a Tuesday statement that the country’s political leadership is unable to unite society or defuse sectarianism for the first time in the nation’s history, Al-Akhbar reports.

Independent newspaper Al-Shorouk leads with, "the first Solemn Assembly for the Pope." Pope Tawadros II is holding the assembly in protest of presidential advisor for foreign affairs Essam al-Haddad's statement, which was issued in English, claiming that Christian mourners started the feud when they exited the funeral ceremony and started destroying cars on Ramses Street.

The paper cites an informed Church source as saying nothing came of a meeting Tuesday with a presidential delegation regarding the events.

Freedom and Justice newspaper, the Muslim Brotherhood mouthpiece, writes, "The presidency: 'We won't tolerate strife and state division'." The paper gives its take on Haddad's Facebook statement, which alleges that surveillance cameras showed people carrying Molotov cocktails and weapons around, inside and on top of the cathedral. Police were prompted to interfere and use tear gas to disperse the crowd. The paper also reports Haddad as saying Morsy allegedly told the pope during a phone conversation that any attack on the cathedral would be considered equal to an attack on the president himself.

Shifting to economic affairs, Al-Shorouk writes, "The president promises [European Union Foreign Policy Chief Catherine] Ashton to change the government in return for the loan." The paper claims President Mohamed Morsy has pledged to resolve controversy over the prosecutor general and change the government within two months in preparation for parliamentary elections and to facilitate an IMF loan and European aid. The article is based on Western diplomatic sources who cited officials close to Ashton, the paper says.

Al-Azhar expresses concern over violence against Muslims in India 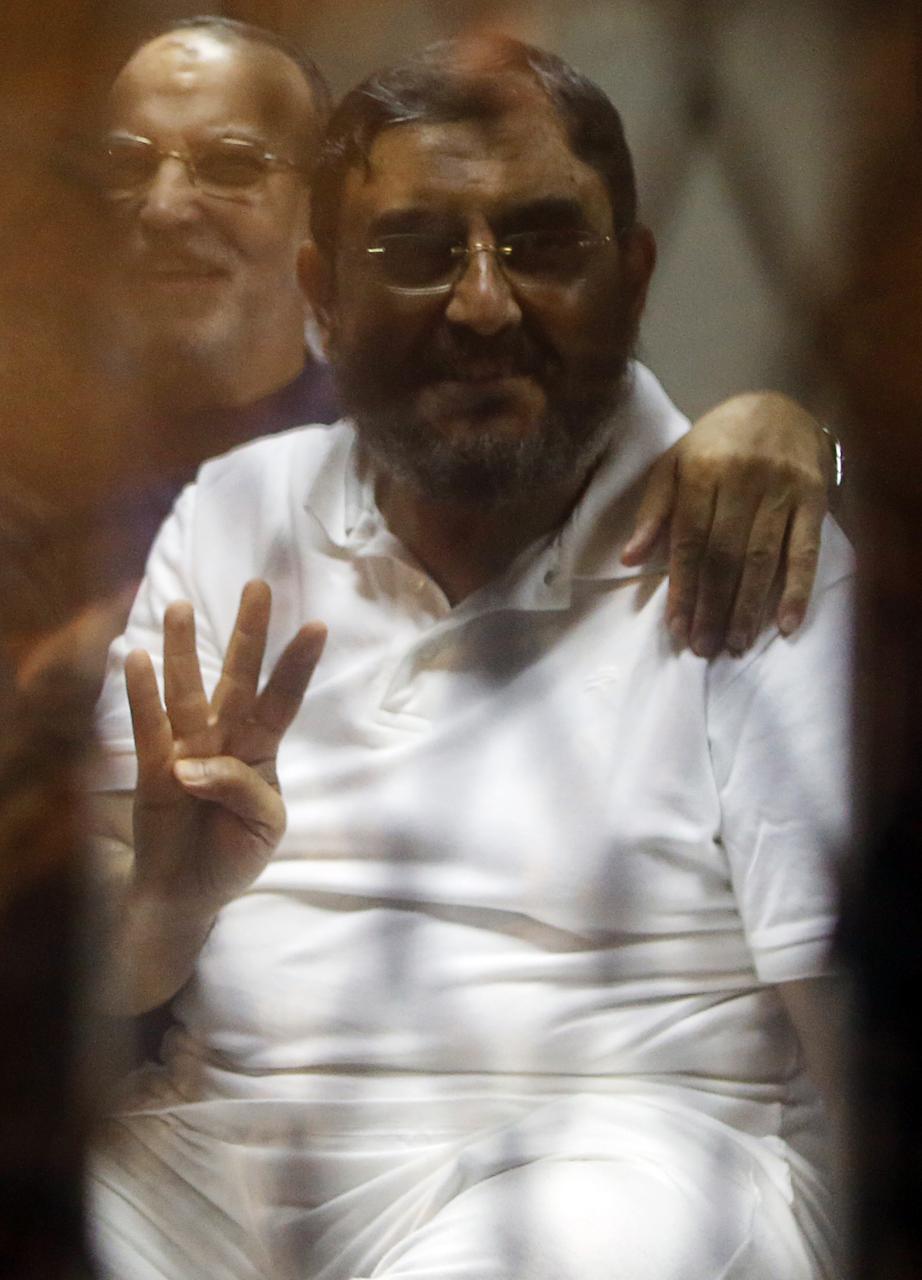 UN calls for release of ex-aide to Egypt’s Morsi, son jailed since 2013