Many people excitedly followed the clownfish air swimmers' ads when they first came out a few years back. Few expected to see one last night on the Falaki stage as part of the “If I Weren’t Egyptian” performance. Halfway through the show, a brightly orange-striped clownfish floated over the stage migrating through the Mediterranean Sea. Trained as a visual artist, director Omar Ghayatt constructs his performances through visual motifs that mediate experiences, rather than sticking to a strict narrative.

His latest performance, which premiered on Wednesday night, takes it name from the famous statement by anti-colonial leader Mustafa Kamel around the turn of the 20th century: “If I weren’t Egyptian, I would have wished to be Egyptian,” a statement that has gained new meaning since the January revolution began. But, “If I Weren’t Egyptian” is not revolution-themed. It does not tell of the inspiring stories of Tahrir Square, nor does it relay the hardships protesters faced later at the hands of Egypt’s ruling military junta. In fact, Ghayatt first started working on the performance months before people decided to take to the streets, inspired by a different experience, one of hope, disappointment and migration. It, however, remains engaging and relevant given the way things have been developing over the past year.

Ghayatt has been following closely the news of thousands of illegal immigrants fleeing the northern coast of Egypt to Lampedusa Island in Italy, with hopes and dreams of a better life. At the same time, in Bern, where he has moved since 2007, he found a bridge covered with mesh wire to prevent people from jumping off. It is these two phenomena that inspired the performance. And by following the experiences of three Egyptian men, and a European woman, dreams of "paradise" are explored in a more humanistic light. But, like in Ghayatt's award-winning “The Passengers,” the narrative is loose, and it is the visual language that Ghayatt, along with his crew at Studio Moroni, deploy that makes the audiences' experience so rewarding.

“If I Weren’t Egyptian” is not a play in the conventional sense; and it is not a collage of stories either. It is rather a selection of carefully constructed experiences that trigger emotions through the dialogue, soundscape and images.

The performance starts off with the stage almost dark, spotlights highlighting from above only that which Ghayatt wants us to see: A man in his fifties, his clothes soaking wet. He does not utter a single word throughout the show. But, he comes off very familiar, like the average person one would see on the city’s much crowded streets, only he is devastated, worn out from a long journey in the sea.

As we see him staring in vain silently, the sounds of people mumbling echo from the many bullhorns scattered on the stage’s floor. You can’t really tell what they’re saying no matter how hard you try, until they are switched off one by one, making the phrase clearly heard: “If I weren’t Egyptian…I would have wished to be Egyptian.”

“Kamel’s statement is the most ridiculous one I’ve ever heard,” is how the protagonist starts off, who is practicing some Italian phrases while being served an infinite trail of cups of tea. “Bambino,” he repeats a few times in a stereotypical Italian accent before reciting a common description of Egypt’s climate from the state's middle school social studies curricula: “Hot and dry in the summer, warm and rainy in winter.” Egypt has been blessed, among many things, with an ideal climate. Yet he’d still like to leave.

We get to learn of the young man’s frustrations, shared by many others, particularly before the revolution which triggered a new sense of pride among the country’s 80 million residents. The protagonist has no name until the very end. He is simply an exemplar, echoed by the other characters, whose frustrations and hopes we follow. Perhaps one of the wittiest scenes that takes the question out of the specifics of the local context is that of the old fairy who tells us the story of man who asked God to take a trip from heaven to hell and back, twice.

"If I Weren't Egyptian" is open-ended, requiring audience interaction to complete the story. And through the subtle relations suggested, it works nicely, leaving us with more to reflect on on our own.

Studio Moroni performs "If I Weren't Egyptian" again tonight at 8 pm at the Falaki Theater. 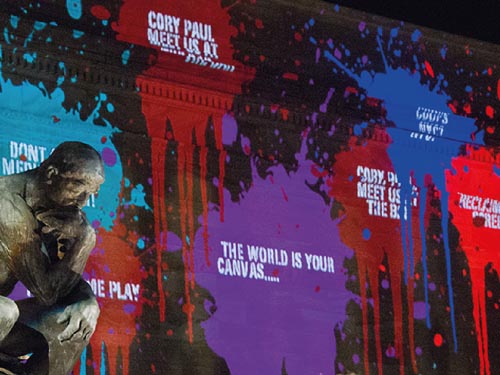 D-CAF picks of the week 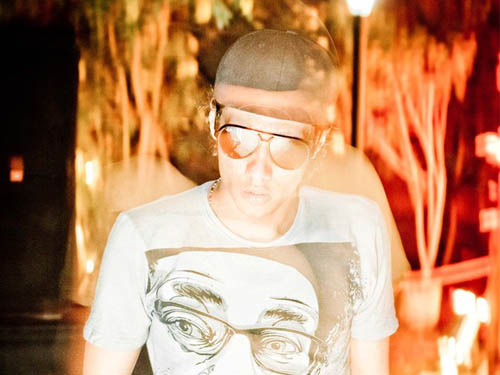