The World Bank’s 186 member countries endorsed a plan last Sunday that gives some developing countries more voting power in the international organization. The decision comes along with a boost in the bank’s capital by more than US$86 million.

Bank officials claim that the change will give developing countries more say in the bank’s operations and how its funds are used.

The biggest beneficiary of the move is China, which had its voting share increased from 2.77 to 4.42 percent, making it the third largest shareholder in the bank. The USA (15.95 percent) and Japan (6.84 percent) continue to dominate.

According to a press release by the World Bank, “developing and transition countries” now hold a voting share of 47.19 percent–a 3.13 percent increase largely benefiting of China, India and Brazil.

World Bank Group President Robert Zoellick was quoted in the press release saying  that “the change in voting power helps us better reflect the realities of a new multi-polar global economy where developing countries are now key global players.”

However, according to the World Bank’s voting power realignment breakdown, not all developing countries have benefited from the change, and some large regional economies have lost out. For example, South Africa’s share dropped from 0.84 to 0.76 percent, with a similar reduction for Nigeria.

More generally, about a third of sub-Saharan countries experienced some reduction in their voting power, with many of the countries in Africa already wielding fractions in terms of influence.

Moreover, some development and financial watchdog groups have criticized the bank’s definition of developing countries, suggesting that several nations included in the 47.19 percent figure are clearly not low- or middle-income countries.

“It’s smoke and mirrors to count Saudi Arabia and Hungary as developing countries and then claim a three percent shift in voting power will give poor countries more say,” said Oxfam spokesperson Elizabeth Stuart on Sunday.

However, according to Egypt’s World Bank spokesperson Nehal El-Kouesney, the change is part of a move to see developing countries eventually hold 55 percent of the voting share. The bank’s Egypt Country Director is currently in Washington, and was not available to elaborate.

Egypt joined the World Bank in 1945. The international institution provides leveraged loans to developing countries, with a stated goal of reducing poverty and advancing sustainable globalization. 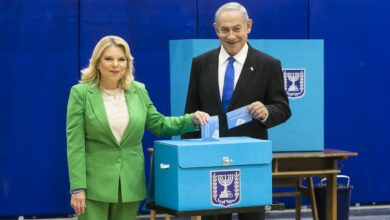