The General Directorate of Information Technology managed to arrest the administrator of “Shawming” Facebook page for the leakage of Thanaweya Amma exams.

According to an Interior Ministry statement, the arrested suspect is called Ahmed M. H., a student residing in Belbeis, Sharqiya. He confessed running Shawming page with the aim of garnering money but denied leaking any examinations.

On the other hand, the reactions of Thanaweya Amma students on the second foreign language exam varied. A number of students agreed that the examinations of the French, Italian, Spanish and Chinese languages were easy and the questions were not challenging.

Others complained of the difficulty of the German exam, especially the thematic question.

Head of the General Education Sector at the Ministry of Education Reda Hegazy said that the second foreign language exam came in accordance with the specifications of exam papers, and in the average student level.

He said during a conference Thursday that the ministry will start correcting the foreign language exam papers on Friday.

He stressed that the ministry will tighten measures to combat cheating and the leakage of exams on social networking sites.

A student who undergoes exams at Martyr Safwat Abdel Azim Primary School in Beni Suef leaked the French language exam as he took pictures of a the exam paper with a mobile phone that he hid in his clothes and published it on Facebook. He was surprised by a committee from the Ministry of Education after that inspecting him and seizing his mobile phone during the exam. 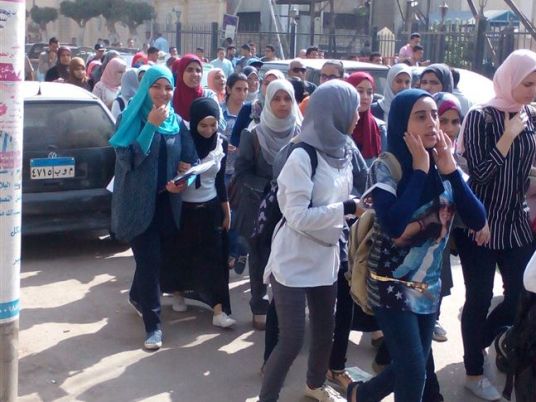