Federal prosecutors in Manhattan are pursuing insider trading cases on a pace not seen since 2012 — before a major appellate ruling limited their ability to bring charges against hedge fund managers and other traders.

So far this year, U.S. Attorney Preet Bharara, known for high-profile prosecutions of wrongdoing on Wall Street, has announced charges against 11 people for insider trading, up from four in all of 2015.

Since May alone, those charged include famed Las Vegas sports gambler William "Billy" Walters and hedge fund manager Sanjay Valvani, who worked at Visium Asset Management LP and committed suicide on Monday less than a week after being indicted.

The resurgence of prosecutions comes less than two years after a ruling by the 2nd U.S. Circuit Court of Appeals that Bharara has said would allow some individuals to avoid prosecution.

The December 2014 decision reversed the conviction of two hedge fund managers, Todd Newman and Anthony Chiasson, and prompted Bharara to drop charges against another 12 defendants, including some who previously had pleaded guilty.

The 2nd Circuit's ruling held that to prove insider trading, prosecutors must establish that a trader knew the tipper received something in exchange for the tip, like a quid pro quo involving money, and that the benefit was of "some consequence."

Now, despite that setback, cases are being brought this year at a rate not seen since 2012, when 17 people were charged. Since taking office in 2009, Bharara has announced charges against 107 people. His office has averaged nearly 14 defendants a year through 2015.

All of the cases involving a tipper and tippee brought this year came after prosecutors secured guilty pleas from cooperators, suggesting authorities are using such witnesses to help them overcome the new legal hurdles.

The use of cooperators previously was featured in investigations that led to the 2011 conviction of Galleon Group founder Raj Rajaratnam and a $1.8 billion settlement and plea deal in 2013 with Steven A. Cohen's SAC Capital Advisors LP.

Their uniform use in this year's cases suggests authorities are using such witnesses to help them prove that a quid pro quo took place, according to some defense lawyers.

"It's going to be pretty tricky to prove unless they have someone who was on the ground," said John Zach, a former prosecutor who currently is a defense lawyer at Boies, Schiller & Flexner.

One example is the case against David Hobson, a former Oppenheimer & Co Inc adviser, who was arrested June 3. Before that arrest, a cooperating witness, ex-Pfizer executive Michael Maciocio, admitted in court that he and Hobson "had agreed to trade together and separately," according to a transcript of the hearing in which he pleaded guilty.

Assistant U.S. Attorney Rebecca Mermelstein said in court that the alleged benefit Maciocio received was Hobson's help in executing trades and how to use the inside information.

Hobson, who prosecutors say placed trades that earned him more than $187,000, has pleaded not guilty. Michael Barrows, his lawyer, said Hobson will “vigorously defend himself.”

Similarly, Bharara's office is using a cooperating witness in the prosecution of Walters, a successful sports bettor accused of participating in an insider trading scheme that netted more than $40 million and included a tip that allegedly benefited golfer Phil Mickelson.

Walters, who has pleaded not guilty, was charged on May 19 after prosecutors secretly secured the guilty plea of Thomas Davis, the former chairman of Dean Foods Co.

According to a transcript of his plea, Davis said he leaked inside information to Walters about Dean Foods in exchange for, among other things, thousands of dollars in loans that Davis did not fully repay.

Mickelson was not criminally charged.

Some lawyers not involved in the case said that could have been because of the limits the 2nd Circuit's ruling placed on prosecutors.

In court papers, authorities said Mickelson made $931,000 after Walters urged him to trade in Dean Foods' stock. But they did not allege Mickelson knew who Davis was or received any benefit.

Asked at a press conference whether the appellate court ruling explained why Mickelson was not charged, Bharara declined to say. He said the decision had impacted investigations and allowed some "conduct that we think is nefarious" to go unprosecuted.

Mickelson agreed to pay $1.03 million in a settlement with the U.S. Securities and Commission, which named him as a relief defendant, someone accused of receiving ill-gotten gains as a result of others' illegal acts.

Mickelson's lawyers, Gregory Craig and Pat Swan, did not respond to requests for comment but have previously called the golfer "an innocent bystander to alleged wrongdoing."

It is unclear whether the 2nd Circuit's strict standards will continue to constrain Bharara.

The U.S. Supreme Court in January agreed to review a conflicting ruling from an appellate court in California, and could use that case to clarify the definition of insider trading.

In the meantime, cases continue to be brought in New York. Eugene Ingoglia, a former prosecutor under Bharara, said he had anticipated that his former boss would recover from the 2d Circuit setback.

"Preet never used this quote, but it wasn't hard to imagine him saying a la 'The Terminator,' 'I'll be back,'" said Ingoglia, now a defense lawyer at Morvillo LLP. 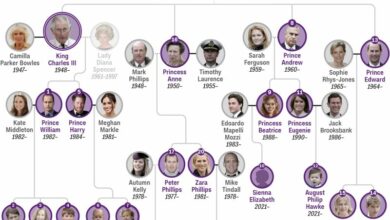 Here’s what the royal line of succession looks like 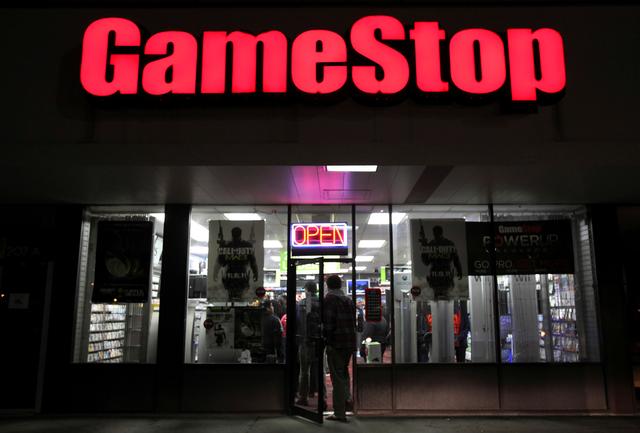