Dialogue is the lifebuoy for humanity to get out contemporary crises, said Grand Imam of Al Azhar Ahmed al-Tayyeb on Monday during a meeting with visiting Italian Deputy Prime Minister and Foreign Minister Antonio Tajani.

Tayyeb said any dialogue vision not based on religious and moral values cannot benefit humanity.

He told the Italian foreign minister that peoples lost when they depended on material gains and ignored religions, a matter that caused wars and crises.

The Grand Imam said today’s world is in dire need of scientific progress and religion at the same time.

The Grand Imam discussed with the Italian top diplomat means to promote religious and cultural dialogue between the east and west.

During the meeting, Tayyeb welcomed the Italian foreign minister and his accompanying delegation at Al Azhar headquarters.

The Grand Imam also discussed with Tajani the progress achieved so far in the dialogue among religions and their followers around the world, pointing out to the Document of Human Fraternity in Abu Dhabi signed with Pope Francis of the Vatican.

For his part, the Italian foreign minister expressed happiness at meeting the Grand Imam and appreciated his initiative to hold a conference among men of religions to discuss how to confront insults to symbols of religions and their sanctities.

The Italian top diplomat affirmed that dialogue is the best way for peace and security and stressed the importance of graduating Imams able to understand the nature of the Italian society and supply it with moderate thinking.

He called for exerting more efforts to get out of prejudged charges that caused Islamophobia around the world. 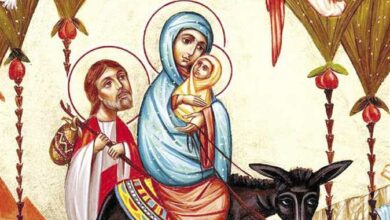 Egypt participates in the International Exhibiton for Religious World in February