Banks on Sunday opened 327 branches from 10:00 AM until 1:30 PM in Cairo, Alexandria and provincial capitals. On Wednesday, the total number of open bank branches countrywide rose to 732.

Hisham Ezz al-Arab, managing director of the Commercial International Bank, said the bank would on Thursday reopen 40 branches, to be increased by Monday to 90 branches, from a total of 155 branches that would be fully operational by next week.

The National Bank is currently operating 110 branches out of its total of 254 branches. This number will be increased as of Thursday so as to cover the provinces.

This comes as the Egyptian pound fell slightly in early trading on Wednesday, after the Central Bank of Egypt (CBE) intervened to upgrade local currency by more than 1 percent after it hit its lowest level in six years.

The Egyptian pound has fallen since the outbreak of the wave of political protests that began on 25 January, with traders and analysts expecting further declines. CBE Deputy Governor Hisham Ramez has said the bank was not ruling out further intervention "if necessary."

Youssef Farouk, manager of a local bureau de change, said the exchange market had been stable since banks announced their readiness to convert local-currency accounts into US dollar accounts for those clients wishing to do so. 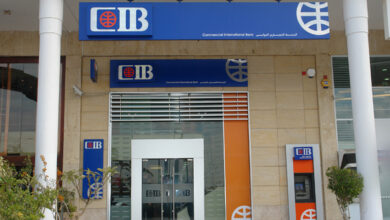 CBE: Thursday day off for all banks