British Ambassador to Cairo John Casson published on Twitter a photograph of him playing football with Faiza Haider, the first certified Egyptian football trainer in the British Premier League, on Thursday.

The ambassador directed a message to Ramadan Sobhy, former Al-Ahly player who plays as a winger for Stoke City in the UK.

"Yes, watching of course. But this way Faiza will forget all about football," Sobhy responded jokingly.
Haider plays for the Al-Tayaran (Aviation) Club and the Egyptian football national team for women.
She led the team to qualify for the 2016 Africa Cup of Nations. In this competition, the Al-Tayaran team achieved the first victory ever for an Egyptian team in women's football.
Edited translation from Al-Masry Al-Youm
Tags
British Ambassador John Casson faiza haider 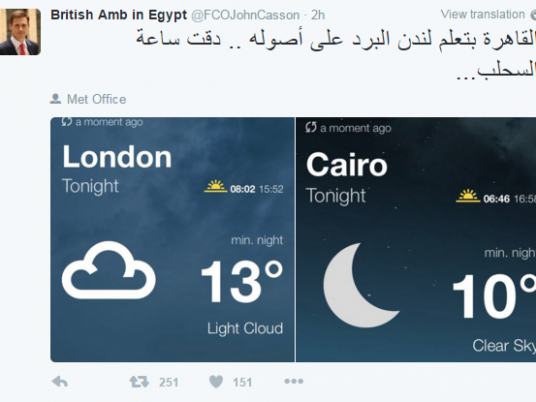 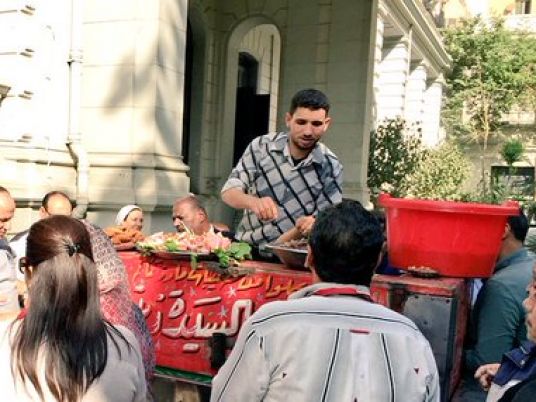